AMSTERDAM –  A Dutch woman who held the title of the world’s oldest person when she died, aged 115, credited her longevity to a daily meal of herring, not smoking and limiting her alcohol intake.

Six years later, however, scientists hope her genes may provide a better answer — and as a result they have sequenced her complete genetic code, The Times of London reported Saturday. 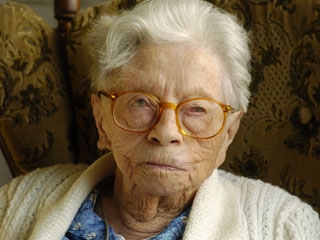 She appeared sharp right up to the end, joking that a daily meal of pickled herring, not smoking and limiting her alcohol intake was the secret to her longevity

The study of Hendrikje van Andel-Schipper, who became the world’s oldest person in 2004, could help us understand the biology of aging.

A team led by Henne Holstege, of the VU University Medical Center in Amsterdam, has begun to compare DNA from van Andel-Schipper’s blood and brain, to determine how different genetic mutations arise in these tissues.

The genome will provide researchers with an unprecedented resource for investigating how DNA contributes to longevity and diseases of old age such as Alzheimer’s.

Van Andel-Schipper died of gastric cancer, having survived breast cancer at the age of 100. Her mother also lived to be a centenarian.

At the age of 82 she agreed to donate her body to medical science — though this was not to happen for 33 years.

After van Andel-Schipper’s death her brain was examined by neuroscientists who found no signs of any of the damage associated with Alzheimer’s or other forms of dementia, which previously had been considered inevitable at that age.
Read more