France has just experienced its hottest April since 1900, with average temperatures four degrees higher than normal for the time of year, while over the last 4 months, less than half the usual amount of rainfall for the period has fallen, according to the French meteorological office.

In Caen and Beauvais in the north of the country, only two millimetres of rain fell in April, compared to the usual 50 millimetres at this time of year. Elsewhere its the same story, apart from in the Mediterranean coastal areas.

Persistant anti-cyclones in the North Sea, around the British Isles and France, are preventing rain from falling on France. 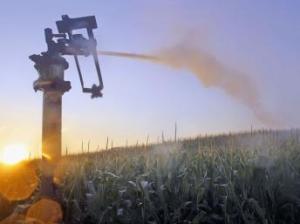