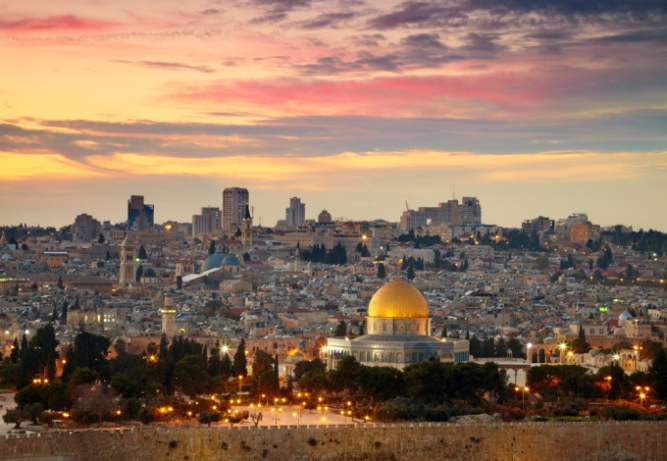 Dome of the Rock and Jerusalem. Suggested reading: Commentary of Gideon Levy on ‘I no longer believe in a Jewish State’ And: Are Religions Pluralistic or Myopic and Parochial?

By Hasan Abu Nimah (born September 11, 1935), who is a political commentator of The Jordan Times and retired Jordanian Ambassador.

From time to time debate erupts over whether two states or one democratic state would be the best formula for a final settlement of the Palestine conflict, when actually neither has ever been on offer.

Israel, in compliance with the Zionist plan, never wanted to sign any final agreement before fulfilling all its territorial ambitions which include all of historic Palestine and parts of the neighbouring Arab countries.

So Israel has blocked any peace proposal, including those specifically tailored by the United States and others to meet its maximum demands. It has just never been enough for Israel.

Arabs did reject some proposals as totally unjust, such as the 1947 UN partition plan — for which they continue to shoulder blame.

The assumption that Arab acceptance of the UN partition resolution would have settled the conflict decades ago is completely wrong. Any Arab rejection only saved the Israelis the trouble of rejecting it themselves.

Since then, Palestinian and Arab states made countless generous concessions to Israel. By accepting the 1967 border, Palestinians ceded the 78 percent of their country Zionists conquered in 1948, asking only for the return of a mere 22 per cent — the West Bank and Gaza. These concessions were reaffirmed in the Oslo accords, the Quartet Roadmap, the Arab Peace initiative and more.

Israel has been able to block any settlement thanks to limitless US and European support and protection.

Israel opposes both the two-state and the one-state formulas, except that two states has been for the last few decades a convenient, non-binding slogan.

Israel is not and has never been under any pressure to allow a two-state solution, but the indefinite delay has given it all the time it needs to colonise much of the land where the second state would supposedly be established: the West Bank, Gaza and East Jerusalem as capital.

Even in ideal conditions, the two-state formula was always fatally flawed. It suggests that two states would be founded in order to settle the conflict. But it would come at the expense of millions of Palestinian refugees who would not be allowed to return home, in order to preserve the Jewish majority Israel created by ethnically cleansing them.

It also ignores that one of the two envisaged states, Israel, has already existed since 1948.

As noted, it is officially recognized on 78 per cent of historic Palestine — about 50 per cent more than was allocated for the Jewish state under the 1947 UN plan. But in reality Israel has since 1967 controlled the whole country.

Comparably there is no such thing as a Palestinian state. Through decades of conquest and colonisation, the land originally envisaged for a Palestinian state has been whittled down from 45 per cent of Palestine in the UN Partition plan (already very unjust) to 22 per cent (the West Bank and Gaza) to now mere shreds of the West Bank and Gaza amounting to perhaps 10 per cent of historic Palestine. And even that is considered by many Israelis to be too much to keep for the Palestinians.

Israel’s settlement policy since 1967 was openly planned and intended to ensure that there could be no Israeli withdrawal from the West Bank and therefore no Palestinian state: There are now some 650,000 Israeli settlers implanted across the West Bank in more than 200 colonies.

Yet, major obstacle to Israel fulfilling its ambitions is the one that has always been there: the Palestinian people. They were a majority prior to 1948 and they are a majority again now: Roughly 7 million Palestinians live under the rule of about 6.5 million Jews between the river and the sea.

For the missing Palestinian state to come into existence, Israel would have to agree to remove its settlements, end its occupation of the West Bank, East Jerusalem and Gaza and agree not to put any restrictions on the Palestinians in exercising their inalienable rights of full independence on their land. That would still leave Israel with 78 per cent of historic Palestine, but as decades of experience show, Israel would never agree to any of this, or to even a tenth of it.

Instead, Israel has opted for a de facto one-state solution, but without any rights for Palestinians. Its 2018 Nation-State law reaffirms the racist principle that Jews and only Jews are entitled to self-determination in the “Land of Israel”. This Israeli one-state apartheid regime has been repeatedly denounced by H.M. King Abdullah II of Jordan as a disastrous alternative to the two-state option. Jordanians unanimously join their Monarch in  denouncing and strongly opposing this Israeli action too.

Not even Israel’s dearest friends in the United States and European Union are able to hide from the reality that this is openly declared apartheid. And that may only be an interim solution from Israel’s perspective until the opportune moment arises to expel more Palestinians, perhaps under the cover of a future war.

And there are those on the Zionist right who continue to harbor vicious dreams that Jordan should be the “alternative homeland” of all Palestinians, something all Jordanians and Palestinians categorically and decisively reject.

We should therefore distinguish between Israel’s one-state solution and the other one state that the Palestinians sought in 1968 and many seek now: a democratic state that guarantees equal rights for all its citizens irrespective of their ethnic origin or religion. 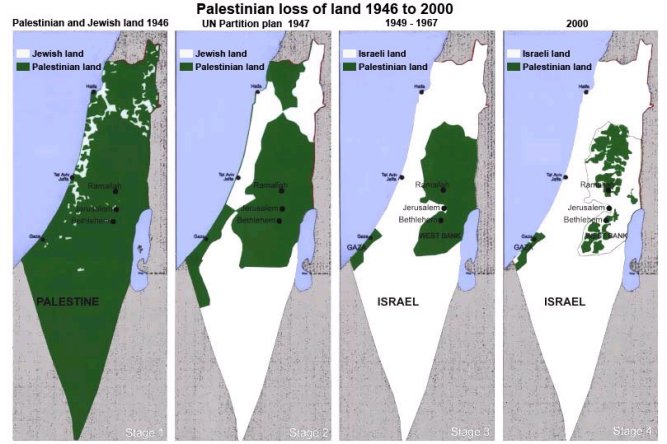 The one-state formula from the Palestinian point of view guarantees all the rights the Palestinian have been denied since the 1948 Nakba. It will be open to all Palestinians to return home and it will enable them to recover their properties, private and public, from those who stole them. Jews would be able to live as citizens enjoying all rights, but not superior rights.

Since there is no room in our world for another apartheid regime, and the Palestinians would not succumb to it any way despite any signals otherwise, Israel may have to eventually face growing demands for a single democratic state. 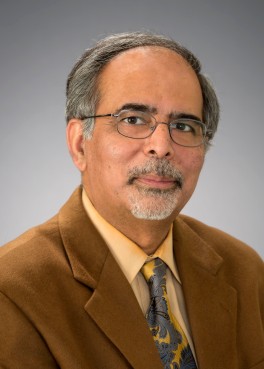 Dr. Zia H Shah, Chief Editor of the Muslim Times and collector of this meaningful collection