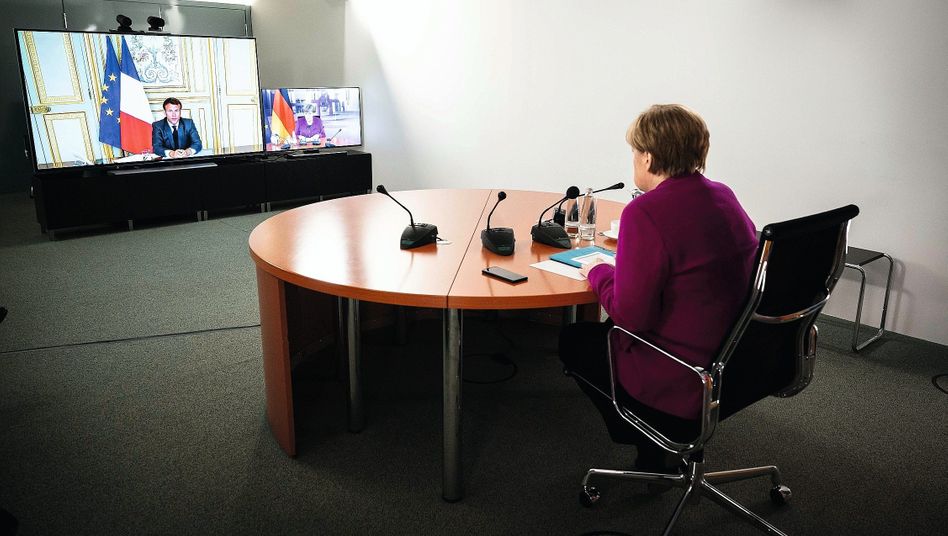 Four video conferences. That is how many times German Chancellor Angela Merkel and French President Emmanuel Macron met without their European Union partners. They spoke English, and each of the conversations lasted for more than an hour. The subject was always the same: Establishing a fund for Europe.There were plenty of details and numbers to discuss, but a much larger issue was at stake: the question of whether a European Union worthy of the name still existed or whether it would disintegrate into its component parts under the weight of the crisis brought on by the coronavirus.Since Monday, it has been clear: The talks between Macron and Merkel were successful and there are now justified hopes that once the corona crisis is over, Europe will emerge stronger and more united than ever before — rather than as a weakened, bickering mess. The plan for a “recovery fund,” which the two leaders presented in a joint video conference at the beginning of the week, is more than just financial support for those European countries hit hardest by the novel coronavirus. It is a grand vision.