India’s Hindus on fasting during Ramadan 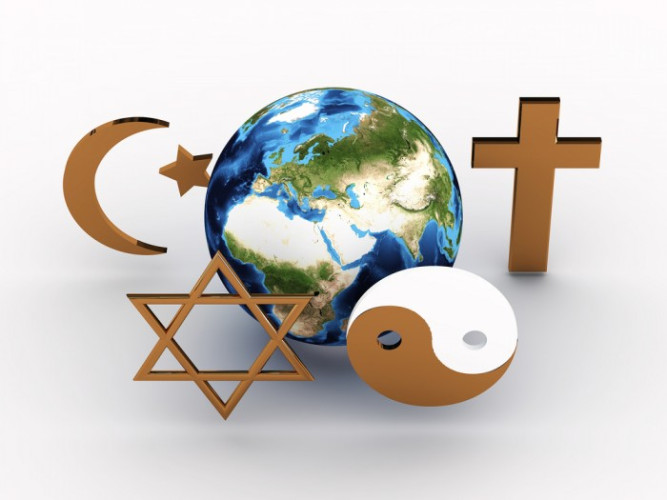 Gesture by a Hindu doctor expresses solidarity amid rising Islamophobia

NEW DELH: He wakes up before sunrise for sahoor and abstains from food and drink the entire day, breaking his fast at sunset. Nothing unusual there for a Muslim observing the holy month of Ramadan, except Dr. Sachchidanand Vikrant is a Hindu.

“I first started fasting in 2014, when my Muslim colleague and I were conducting a joint raid on illegal drug sellers,” the drug inspector who lives in the eastern state of Bihar told Arab News. “After the operation, he asked (me) to join him in his fasts … That light-hearted talk prompted me to fast that day, and I’ve been observing it ever since.”

Vikrant initially fasted for 11 days during Ramadan, and the remaining 19 days after Eid. It has become a part of his lifestyle six years on.

“For me, this is more than a religion. It is a belief in our culture and the unity of our religions. Muslims are not others, they are a part of us, and we all have to live and coexist together in the same cultural milieu.”

Vikrant is not alone as other Hindus also fast during Ramadan, such as fashion designer Ved Amrita from the hilly state of Uttarakhand.

“It is important to express solidarity with Muslims,” Amrita told Arab News. “For the past three years I have been observing the fast for two days in the month of Ramadan to demonstrate,” adding that the small act was an “assertion of my faith in India’s syncretic and secular tradition.”

Dr. Sachchidanand Vikrant with his family for iftar. The lockdown kept him from breaking his fast with his Muslim friends.

Vikrant is not alone as other Hindus also fast during Ramadan, such as fashion designer Ved Amrita from the hilly state of Uttarakhand.

There has been a surge in Islamophobia since the Indian government blamed a missionary group, Tablighi Jamaat, for being responsible for a spike in coronavirus cases and there have also been cases of Muslims being denied access to health care.

New Delhi-based activist Meha Dhondiyal said there was more of a need to connect during such a climate. “For me, fasting for a few days in the month of Ramadan means connecting with Muslims and showing solidarity with them,” she told Arab News. “At a time when a deliberate attempt is being made to create Islamophobia and push the community into the corner, it becomes all the more important to connect with them. India’s strength is its religious diversity and secularism, and the festival offers an opportunity to reach out to each other.”

New Delhi-based photographer Jayshree Shukla said that the nationwide lockdown had curtailed human interaction during this Ramadan. “Otherwise I regularly participate in iftar,” he told Arab News. “I feel a great cultural bonding at such events.” Muslims said they appreciated the gesture.

“Cultural interaction between Hindus and Muslims has been a part of the history of India,” Allahabad-based social activist Irshad Ullah told Arab News. “For us, Hindus participating and organizing iftar for us is a normal thing. At a time when majoritarianism is dominating the political narrative, it restores our faith in the nation. We feel reassured.”

Video: Are you like a Honeybee or a fly?

Movie: Appealing to God, a Disoriented Space Alien Hopes There’s Help Out There