Eiffel Tower the most famous landmark of France.  The Muslim Times is promoting human rights, women rights, interfaith tolerance and secularism in every country of the world

The French president’s recent speech is a sign that moderate leaders are waking up to the threat posed by political Islam.

The Mulhouse speech, and its harsh language, came as no surprise to anybody who has followed the French debate on Islamism over the last few years. Terms such as “Islamist separatism,” “communitarianism,” and “Islamist supremacism”—which in previous years constituted the vocabulary almost exclusively of the National Front (now National Rally, Marine Le Pen’s far-right party)—have become ubiquitous.

The term “fréro-salafiste” has also become mainstream. It covers the two Islamist trends critics accuse of promoting separatism in the country: the Muslim Brotherhood (Fréres musulmans in French), with its moderate façade but divisive agenda, and the Salafists, with their firm rejection of French society.

“We are talking,” Macron said in another speech last April, “about a secession that is sometimes insidiously installed because the Republic has deserted or has not kept its promises. We are talking about people who, in the name of a religion, are pursuing a political project, that of a political Islam that wants to secede from our Republic.”

The trigger for France’s heightened concerns about Islamism has unquestionably been terrorism.

The trigger for France’s heightened concerns about Islamism has unquestionably been terrorism.

Since the Charlie Hebdo attacks in January 2015, in fact, the country has been in an almost constant state of alert. It has experienced massive attacks, like the November 2015 Paris attacks and the July 2016 Nice truck ramming, and an almost monthly slew of low-intensity acts of violence often perpetrated by individuals linked to or simply inspired by the Islamic State. It is also the European country with the dubious honor of having contributed the largest contingent of foreign fighters in Syria—some 2,000.

The assessment among many experts inside and outside the government is that the “lost territories of the Republic,” as areas where government control is weak and where crime and Islamism thrive have come to be referred to in some quarters, were the perfect breeding grounds for this phenomenon. Two recent books by Hugo Micheron and Bernard Rougier, which have received huge coverage, have clearly shown that while marginalization, crime, and unemployment were important factors in causing France’s radicalization wave, even more crucial was the separatist environment created by the so-called fréro-salafistes. In substance, they argue, nonviolent Islamists provide a conducive ecosystem that aids the recruitment efforts of jihadi groups—a position, to be sure, that is not universally accepted.

But France’s concerns about Islamism go well beyond terrorism. Critics argue that nonviolent Islamist groups, wh­ile largely operating within the boundaries of the law, propagate an interpretation of Islam that drives a wedge between Muslims and non-Muslims, contributing to polarization and harming integration. Europeans are concerned about the growing sway of Islamist groups that seek to push members of local Muslim communities to detach from mainstream society—mostly through preaching but also through various forms of social pressure, intimidation and, occasionally, violence— and resort to alternative legal, educational, and social systems.

Macron is a staunch foe of populism, but he is also a good reader of his nation’s collective psyche.

That Macron, a staunch foe of populism but, at the same time, a good reader of his nation’s collective psyche, would highlight the negative impact of Islamism on French society is also indicative of a trend that can be observed throughout Europe. The debate on nonviolent Islamism has often taken a back seat to that on the violent manifestations of the ideology. 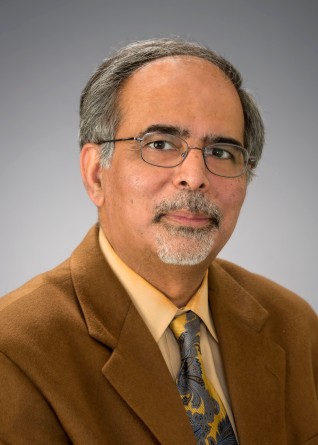 Suggested reading by Zia H Shah MD, Chief Editor of the Muslim Times, for secularism in every country

What Every Muslim, Christian and Jew needs to know: The Sabbath was made for man, not man for the Sabbath

The Prophet’s Greatest Victory According to the Quran: A Peace Treaty