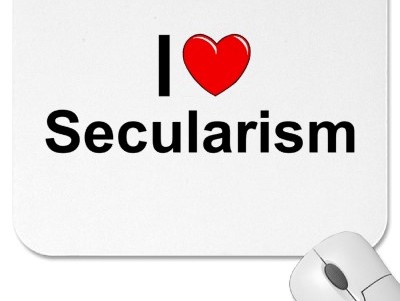 We are promoting secularism in every country of the world. For the Muslim Times’ collection on secularism, please click here

The Islamic Jesus: How the King of the Jews Became a Prophet of the Muslims

For those who have seen the disasters of Taliban rule in Afghanistan or the chaos of Blasphemy Laws in Pakistan, Indonesia and Bangladesh, secularism comes as common sense. This is especially true for those Muslims, who were well educated in their early years and have spent a large portion of their lives in the West.

Pew Research Center has demonstrated this in their polls.

Nevertheless, it is important to support the thesis of secularism from different traditions. Many Muslim writers have supported it from the holy Quran. Mustafa Akyol teaches this timely lesson for our global village, from the lips of Jesus of Nazareth, as and when he is presented as a moral teacher, in the four canonical Gospels, rather than as divine or son of God.

The holy Quran describes mother Mary, who was not a prophet, as a role model for both Muslim men and women in Sura Tahreem. (Al Quran 66:11-12/12-13) So, it is perfectly Islamic to learn from other prophets of God, while we follow and learn from the holy prophet Muhammad, may peace be on him. 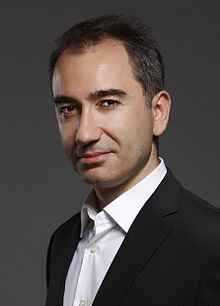 Mustafa Akyol (born 1972) is a Turkish writer and journalist. Akyol has said he would describe himself as a “Classical Liberal.” He is the author of Islam without Extremes: A Muslim Case for Liberty, long-listed in 2012 for the Lionel Gelber Prize, a literary award for the world’s best non-fiction book in English. He became a contributing opinion writer for the International New York Times in 2013.

Akyol in his most recent book, The Islamic Jesus, has described understanding of Jesus by different sects of Islam and among the early Christians and has titled his final chapter, What Jesus can teach Muslims today. As the title suggests he draws a few lessons from Jesus of Nazareth or Jesus son of Mary, the best among them is a pursuit for secularism, rather than a theocracy or Sharia Law.

For example, Akyol refers to Jesus’ message about the Sabbath, which was very concretely understood and practiced by most Jews of his time.

One Sabbath Jesus was going through the grainfields, and as his disciples walked along, they began to pick some heads of grain. The Pharisees said to him, “Look, why are they doing what is unlawful on the Sabbath?”

He answered, “Have you never read what David did when he and his companions were hungry and in need? In the days of Abiathar the high priest, he entered the house of God and ate the consecrated bread, which is lawful only for priests to eat. And he also gave some to his companions.”

Jesus emphasized that religious teachings are there to help the mankind and the converse that man is made to serve the religious dogma is not true.

What he was saying, when translated into modern lingo, would state that human rights take precedence over religious dogma or religious hierarchy.

I have discussed this theme at some length in my previous article: What Every Muslim, Christian and Jew needs to know: The Sabbath was made for man, not man for the Sabbath. Akyol says about Sabbath and the Jewish law, “The law, in other words, did not exist for its own sake. It existed for the sake of humans – and could be reinterpreted for them.”

Akyol talks about ‘soulless legalism’ in the pursuit of Jewish law or Halakha by saying: “It is safe to argue that Jesus called on his fellow Jews to realize and pursue the spirit of the Halakha rather than obsessing about its literal implementation.” He goes onto quoting the following verses from the Gospel of Luke:

While all the people were listening, Jesus said to his disciples,  ‘Beware of the teachers of the law. They like to walk around in flowing robes and love to be greeted with respect in the marketplaces and have the most important seats in the synagogues and the places of honor at banquets. They devour widows’ houses and for a show make lengthy prayers. These men will be punished most severely.’ (Luke 20:45-47)

Akyol also alludes to the story of adulteress that the Pharisees brought to Jesus, to create a dilemma for him.  Here is how the Gospel of John describes the incident:

The teachers of the law and the Pharisees brought in a woman caught in adultery. They made her stand before the group and said to Jesus, ‘Teacher, this woman was caught in the act of adultery. In the Law Moses commanded us to stone such women. Now what do you say?’  They were using this question as a trap, in order to have a basis for accusing him.

But Jesus bent down and started to write on the ground with his finger. When they kept on questioning him, he straightened up and said to them, ‘Let any one of you who is without sin be the first to throw a stone at her.’ Again he stooped down and wrote on the ground.

At this, those who heard began to go away one at a time, the older ones first, until only Jesus was left, with the woman still standing there. Jesus straightened up and asked her, ‘Woman, where are they? Has no one condemned you?’

Again according to Akyol, “It was another case of defending humble sinners from the wrath of the self-righteous puritans.”

Akyol’s book also serves the dual purpose of interfaith tolerance and bringing the Christians and the Muslims closer into brotherhood.

I conclude this review with a one liner from Jesus for secularism, “Then he said to them, ‘So give back to Caesar what is Caesar’s, and to God what is God’s.’” (Matthew 22:21)

For the rest of the story please buy the book in Amazon.