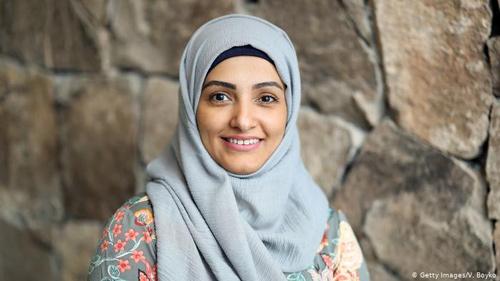 GENEVA — A Yemeni lawyer who exposed secret prisons and torture, a Mexican champion fighting femicide and a South African women’s rights activist were nominated on Tuesday for a top human rights prize.

This marks the first time that the Martin Ennals Award jury has presented three women finalists to be in the running for the prestigious award.

The winner will be announced in Geneva on February 19, 2020.
Among the finalists for the award — often referred to as the Nobel Prize for human rights — is 42-year-old Yemeni lawyer Huda Al Sarari, who has worked with a range of rights organisations to expose a network of secret prisons run by foreign governments in Yemen since 2015.

That year, the Saudis intervened in Yemen at the head of a military coalition against Iran-backed Houthi rebels, who had seized control of the capital Sanaa.

Since then, tens of thousands have died in the conflict, most of them civilians, and millions more have been driven to the brink of famine, according to humanitarian organisations.

Al Sarari has in recent years unveiled the existence of several secret detention centres where “the worst violations of human rights were committed: Torture, disappearances or even extrajudicial executions”, the award organisers said in a statement.

She “collected evidence on more than 250 cases of abuse taking place within the prisons and succeeded in convincing international organisations such as Amnesty International and Human Rights Watch to take up the cause”, they said.

Another finalist is Norma Ledezma, a 53-year-old Mexican human rights activist who began working to fight femicide and support the families of victims after her daughter, Paloma, disappeared on her way home from school in Chihuahua.

Mexico has the most femicides of any country in Latin America, according to Amnesty International.

There are more than nine such murders in the country every day, according to UN Women.

Ledezma is one of the founders and the director of Justicia Para Nuestras Hijas, a local organisation that offers legal counsel and support to ongoing cases, and is involved with a range of other victims’ assistance organisations.

She has supported over 200 investigations into cases of femicide and disappearances, on behalf of both male and female victims, and is also responsible for the creation of a Special Prosecutor for Women Victims of Violence in Chihuahua.

“In spite of having received numerous death threats, she continues with her human rights work,” organisers said.

She began her career as an activist with the ANC, before going on to found the Rural Women’s Movement, which works against gender-based violence and for women’s rights to land, education, property and inheritance.

The Geneva-based Martin Ennals Foundation is named after the first secretary general of Amnesty International, who died in 1991.
The prize is judged by 10 leading rights groups, including Amnesty and Human Rights Watch.