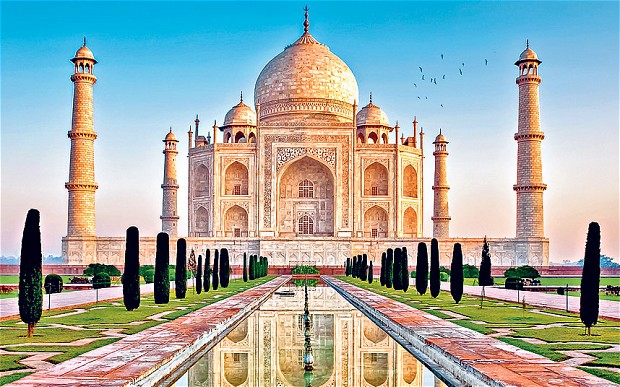 Taj Mahal is not only a symbol for India, but also for the Muslim Heritage.  Educating about the Muslim heritage is one of the best tools to refute Islamophobia

Ian Bremmer, a Political Scientist and a University professor highlighted an important point that overall, Muslims account for just 0.00625%. Moreover, he had a brilliant response to the meme. He actually imagined a world without Muslims and the post went viral in no time… the professor, Ian Bremmer, highlighted all the inventions made by Muslims, right from toothbrushes to hospitals.

Without Muslims you wouldn’t have:

It was a Muslim who realized that light ENTERS our eyes, unlike the Greeks who thought we EMITTED rays, and so invented a camera from this discovery.

It was a Muslim who first tried to FLY in 852, even though it is the Wright Brothers who have taken the credit.

It was a Muslim by the name of Jabir ibn Hayyan who was known as the founder of modern Chemistry. He transformed alchemy into chemistry. He invented: distillation, purification, oxidation, evaporation, and filtration. He also discovered sulfuric and nitric acid.

It is a Muslim, by the name of Al-Jazari who is known as the father of robotics.
It was a Muslim who was the architect for Henry V’s castle.

It was a Muslim who invented hollow needles to suck cataracts from eyes, a technique still used today.

It was a Muslim who actually discovered inoculation, not Jenner and Pasteur to treat cowpox. The West just brought it over from Turkey.

It was Muslims who contributed much to mathematics like Algebra and Trigonometry, which was imported over to Europe 300 years later to Fibonnaci and the rest.

It was Muslims who discovered that the Earth was round 500 years before Galileo did.