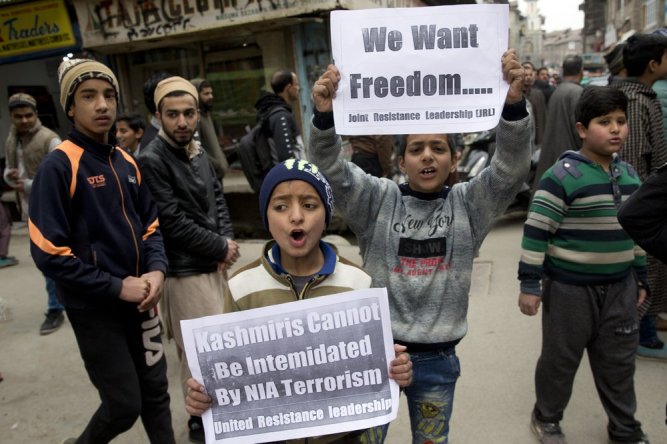 SRINAGAR, India (AP) — India has banned the largest political and religious group in Indian-controlled Kashmir in an ongoing crackdown on activists seeking the end of Indian rule in the disputed region, amid the most serious confrontation between India and Pakistan in two decades.

Authorities imposed a security lockdown in several parts of the region on Friday, including in downtown areas of the main city of Srinagar, in anticipation of protests against Indian rule. Police and soldiers, carrying automatic rifles and wearing riot gear, erected iron barricades and laid razor wire on roads and intersections to cut off neighborhoods.

They patrolled streets in Srinagar and imposed restrictions around the city’s main mosque, Jamia Masjid, prohibiting congregational Friday prayers there.

India’s home ministry issued the five-year ban on Jama’at-e-Islami, or JeI, on Thursday night, accusing the group of being an “unlawful association” and supporting militancy in the region.