Ukraine’s crisis of faith: Another proof that religion should be individual and not organized 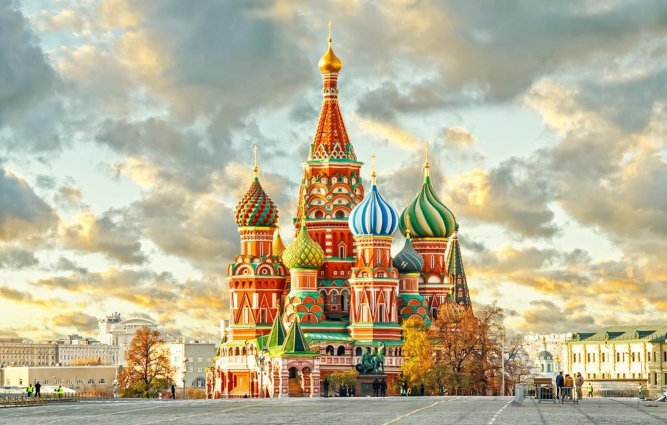 St. Basil’s Cathedral in Moscow.  Suggested reading: Vatican treasurer Cardinal George Pell found guilty of child sex charges.  The Muslim Times is promoting secularism and a search for individual religion rather than organized religion, in every country of the world

By Christopher Miller, who is a Kiev-based journalist

The Kiev-Kremlin conflict catalyzes a religious schism centuries in the making.

VORSIVKA, Ukraine — For years, Father Vasily spent his Sundays behind the altar at St. Nicholas, a church in the small town of Vorsivka, in north-central Ukraine.

That’s when the village faithful held a vote to decide whether their church should remain in the Russian fold, or join the newly created local denomination. They chose the latter, and as they did so, they also chose to replace their priest — who had advocated for remaining under Moscow.

Father Vasily found himself locked out of the church after the Orthodox Christmas service, and was soon replaced by a priest from a neighboring church. A law passed by Ukraine’s president, Petro Poroshenko, has allowed for a church to switch its denomination if two-thirds of the congregation agrees.

“I had a nervous breakdown,” Father Vasily told POLITICO on a recent snowy Saturday, dropping his head in his hands.

The evicted cleric wasn’t the only one to be upset about the change. The following Sunday, Russian Orthodox parishioners and priests from the nearby town of Malyn traveled to Vorsivka to protest the local believers’ decision. In the shadow of the church’s golden domes, shouting devolved into a shoving match, and it wasn’t long until police arrived.

The religiously motivated quarrel in this otherwise quiet village, population 374, has made it a flashpoint in the fallout of a polarized religious struggle that — stoked by modern geopolitical tensions — risks creating major rifts in communities across the country.