As a leading military power that upholds the very highest standards, we should only be partnering with countries which share our commitment to human rights

Our armed forces are known around the world for their skills and their professionalism.

Whether they are combating piracy off the coast of Somalia, building hospitals to fight the Ebola epidemic, or freeing civilians from the tyranny of Isis, UK servicemen and women make a crucial contribution to global peace and security.
On many operations, they work side by side with personnel from other nations, pooling their specialisms and equipment to deliver multinational missions effectively.

Of course this requires regular opportunities for joint exercises and training, giving our service personnel the practical experience of serving alongside other militaries and learning valuable lessons to apply in the field.

But as a leading military power that upholds the very highest standards, we should only be partnering with countries who share our commitment to protecting human rights and the rule of law.

And yet next week, the UK will carry out joint military exercises with Saudi Arabia, a state that flouts international norms with impunity and whose government has a total disregard for basic rights and freedoms.

The Saudi military is currently embroiled in the devastating war in Yemen – a conflict which has led to mass civilian casualties and a humanitarian catastrophe on an appalling scale. 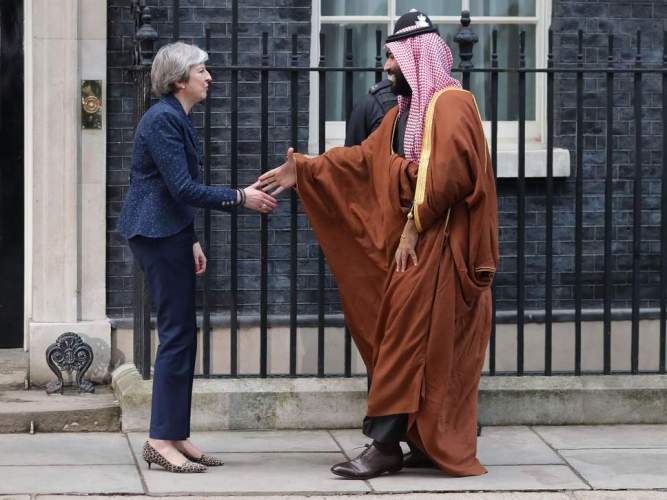