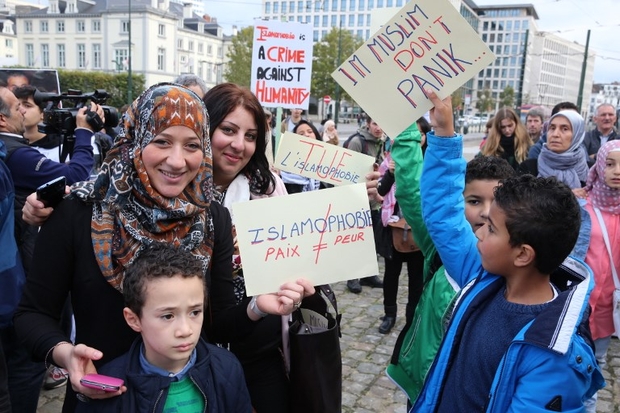 BRUSSELS – European academics and policy makers came together at the European Parliament in Brussels on Wednesday to launch what they describe as a “toolkit” to tackle Islamophobia across the continent.

The report, based on research in eight countries including the UK, France and Germany, said it had identified a “worsening environment of Islamophobia” in which Muslims faced a “new and acceptable hostility… in many spheres of everyday life”.

“This is an issue that is poisoning our societies in the European Union and putting barriers between our communities,” said Jean Lambert, a Green Party member of the European Parliament (MEP) representing London, during the opening of the conference in Belgium.

Long present across the continent, the report highlights how Islamophobia has been further bolstered in the past decade, tied to the rise of far-right and anti-immigration movements in many European countries, the “War on Terror” both within and outside Europe, and the refugee crisis.

Tagged as: Muslims in Europe