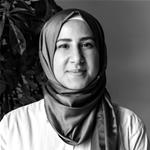 Muslims in Denmark have laughed off the suggestion of integration minister that Muslims take time off work during Ramadan to avoid potential safety risks that fasting may cause to the rest of society.

Integration Minister Inger Stoejberg, an immigration hardliner in Denmark‘s centre-right government, questioned in a blog post published on Monday how “commanding observance to a 1,400-year-old pillar of Islam” was compatible with modern labour markets.

In her post published by Danish Berlingske Tidende (BT) newspaper, Stoejberg cited bus drivers and hospital employees as examples of workers whose performance could be affected by foregoing food and drink during daylight hours of the holy month.

Suggesting that fasting could affect “safety and productivity”, Stoejberg urged all Muslims to take leave from work during Ramadan.

“I want to call on Muslims to take leave from work during the month of Ramadan to avoid negative consequences for the rest of Danish society,” she said.

Danish Muslims received her comments with mockery, saying that they were unfounded and best to be ignored.

Gina al-Farra, consultant radiologist who works 14-hour shifts at the Herleve-Gentofte University Hospital in Copenhagen while fasting, told Al Jazeera that she has never faced any problems.

“I take short breaks but I find no issues doing my work while fasting,” said al-Farra.

Muslims can make their own judgement on whether to fast or not, and for how long. Our priority is to protect and care for our patients. We will never put them in danger.

Al-Farra – who saw Stoejberg’s recommendation as a restriction on freedoms that would amount to “social control” – stressed that Muslims are capable of taking care of themselves and of society.

“Muslims can make their own judgement on whether to fast or not and for how long. [As doctors] our priority is to protect and care for our patients. We will never put them in danger.”

Kindergarten teacher Fatima Hajri, 28, who said she laughed at Stoejberg’s post, told Al Jazeera that her fasting goes unnoticed at work so much that “my colleagues ask if I’m actually fasting because they see me the way I normally am.”

There are about 250,000 Muslims living in Denmark. They mostly fast from dawn until sunset, which can occur at 9:29pm local time in Denmark in June.

Danish Muslims and non-Muslim Danes found that it was best to ignore Stoejberg’s comments, which they believe have little impact on wider Danish society.

Naveed Baig, imam and Muslim Chaplain at the Royal Hospital of Copenhagen said: “People made fun of her and mocked her statements … [while many others] started using a hashtag in Danish that means stay calm. That was not just in the Muslim community, but amongst the wider public too.”

“The comments were not surprising but rather comical for many Muslims in Denmark. She [Stoejberg] is known for her rhetoric against Muslims and immigrants more generally.

Like Baig, Tarek Ziad, a 25-year-old university student and author of “The Black Beard”, a book on being a Danish Muslim, was not surprised by the comments.

The comments were not surprising but rather comical for many Muslims in Denmark. Stoejberg is known for her rhetoric against Muslims and immigrants more generally.

“The Muslim community has grown used to these kinds of comments; it is not the first time this specific minister has come out with such statements.

“Most people, even non-Muslims, just laughed them off.”

Last year, Stoejberg posed for photos with a cake decorated with a Danish flag and the number 50, a reference to the 50 immigration restrictions she had been able to pass into law.

“Today I got the 50th amendment to tighten immigration controls ratified,” she wrote on Facebook. “This needs celebrating!”

According to Baig, the wider public showed strong support for Muslims in Denmark following Stoejberg’s comments.

“People have shown a lot of support for the Danish Muslims. Danes are not stupid and can see through political rhetoric.

“Even the media showed a lot of support for our community … [asking] scientists, imams, theologians about what Ramadan is and its significance,” he said, adding that he was even invited by a Danish tabloid to speak about the holy month.

In an interview with spokeswoman of Arriva, which runs a number of bus routes in Denmark, Pia Hammershoy Splittorff told BT newspaper that the company had never had any accidents involving drivers who were fasting. “So de facto it’s not a problem for us,” she said.

Most people laughed off or felt embarrassed by the comments, but it is dangerous in some ways that public opinion and the Muslim community have become immune to these statements.

The same message came from Denmark’s 3F transport union, whose leader Jan Villadsen wondered if the minister was trying to create a problem that did not yet exist.

For Villads Johansen, a 31-year-old software engineer from Copenhagen, the comments were unreflective of his Muslim friends, and worrying for the image they portrayed to the world about Denmark.

“Stoejberg made a point that Ramadan burdens our society, but I’ve only seen my Muslim friends more light-spirited and positive during that period.

“I am appalled by the way she [Stoejberg] sees things and worried about the way other countries see us when we have a minister with such opinions,” said Johansen.

While Ziad, who writes a column at one of the biggest Danish newspapers Politiken, took the comments lightly, he shares some of Johansen’s concerns.

“Most people laughed off … [or] felt embarrassed by her comments … [but] it is dangerous in some ways that public opinion and the Muslim community have become immune to these statements.”

In 2015, Danish authorities put ads in Lebanese newspapers warning asylum seekers not to come there. Then, in 2016, Denmark passed a controversial law that allows Danish authorities to search migrants’ belongings and seize valuables and cash from them to help pay for their time in the country.

Arwa is a journalist specialising in the Middle East and North Africa.