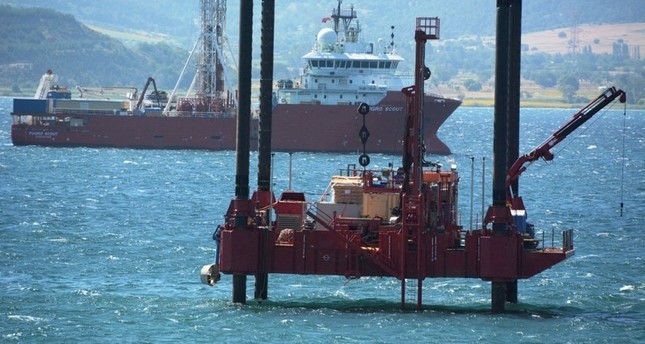 The foreign ministry said in a statement that a drilling vessel has arrived at block number six and is preparing to commence its activities within the framework of the licenses issued by the Greek Cypriot Administration in its “so-called exclusive economic zone.”

“It is unacceptable that the Greek Cypriot side persists in acting as though it were the sole owner of the Island and continues with its unilateral hydrocarbon-related activities in the absence of a just and lasting comprehensive settlement in Cyprus.”

The statement said Turkey is determined to protect both its own rights and interests in its continental shelf and to continue its support to the Turkish Cypriot side.

Turkey is making necessary preparations for various exploration activities in Turkey’s licensed exploration areas in the Eastern Mediterranean in the period ahead.

Turkey has repeatedly warned the Greek Cypriot Administration about its hydrocarbon-related research in the Eastern Mediterranean.

The Eastern Mediterranean island has been divided since 1974, when a Greek Cypriot coup was followed by violence against the island’s Turkish community, and Ankara’s intervention as a guarantor power. Turkish Cyprus declared independence on Nov. 15, 1983