Welcome to the new Zimbabwe! 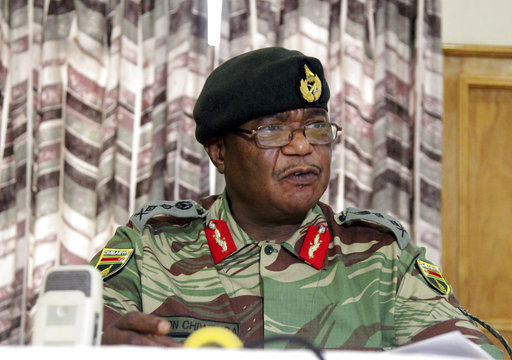 Welcome to the new Zimbabwe!

It’s a lot like the old one from before – so said a friend in Harare as news spread that what is called a “bloodless correction” has restored Zimbabwe’s Chimurenga – struggle or war vet generation to supremacy.

The old guard have outflanked the upcoming new.

When Grace Mugabe and her generation 40 or ‘G40’ group convinced 93 year old President Robert Mugabe to dismiss Emmerson Mnangagwa, the long serving and very powerful Vice President and hero of the “Chimurenga” struggle of the 60’s and 70’s against white rule it was only a matter of time before a “correction” would take place.

Rumours abound as to whether Mnagagwa has returned, as to where the President and First Lady are and whether they are together, but one thing is certain the men in fatigues are in charge; stalwarts of the Grace faction including the finance minister Chombo have been detained and the fact that the G40 ‘spin-meister’ Professor Jonathan Moyo has not tweeted for close to 16 hours surely indicates the same.

The coup unfolded slowly yesterday; military vehicles were seen across and around Harare moving from one barracks to another, but much of government went ahead as scheduled.

I am told by one source that Mugabe, perhaps oblivious to military manoeuvres, had attended a scheduled cabinet or politburo meeting at his Central Harare office which ended at 6pm, and then left in his Presidential convo. It was stopped by the military en route to his home in the smart suburb of Borrowdale. His civilian bodyguards were detained, and he was officially taken into custody before being driven the rest of the way home. It was said he is there with his wife Grace, however there are other rumours that she is out of the country.

Other reports that a new government might be formed including Morgan Tsvangirai are dismissed by those who point out there is no effective opposition in Zimbabwe. Tsvangirai is thought to be very ill and clinging to the MDC leadership. The most likely course of action seems to be to be to get to the extra ordinary Zanu PF congress in December and get Mugabe to pass on the leadership.

A frail ageing 93 year old without close advisers manipulating him and protecting might do that, but for years Mugabe has played one competing faction that wanted to succeed him off against the other.

If they have all joined forces and chosen one amongst them to do this then maybe it will happen, but Mugabe’s hold on power is slipping because of his age and not his stunning powers of cunning and manipulation.

Mnangagwa was the architect allegedly on Mugabe’s orders of the Gukurahundi massacres of the 1980’s when up to 20,000 Ndebeles were killed by government forces was what was said to keep him in top spot in the succession.

The possibility of being held to account for this bloodbath was said to haunt Mugabe and Mnangagwa, and keep them close. The fact that the army and Mnangagwa are acting in concert means justice will be as far away as ever, and it may convince Mugabe to finally cede power to the “next generation” that Mnangagwa, even at 75 represents.

Most Zimbabweans just want the plunder and corruption of the past 15 years to be admitted by an incoming leadership and stopped. Whether the international community is willing to grasp the chance to move on with the same old gang but led by someone many call an alleged war criminal is the next question.