UK: Muslim father ‘ordered’ by judge not to impose Islam on his children 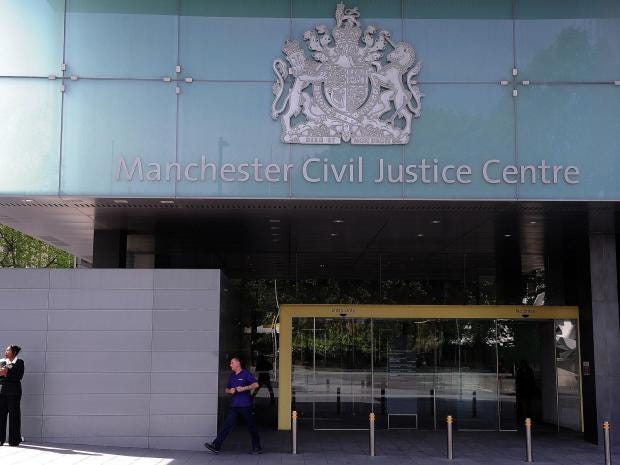 A Muslim father whose three children are being cared for by a Christian foster family was told by a judge he must not “pressure” them about Islam.

The unnamed 53-year-old has two sons and a daughter aged under 16, who have been living with the foster family since 2011.

During that time, he has only seen them twice.

In 2015, he signed a court document seen by the Manchester Evening News in which he agreed not to talk about Islam.

The ban has since been softened, but only on the condition he talks about his religion in a “non-pressuring way”.

The man told the paper he was the victim of bigotry, but social services said the children’s wellbeing is their “primary concern”.

His children were taken into care after the death of her mother. The man and wife were estranged and had a “volatile relationship,” according to court documents.

Since her death, the man has been trying to get custody of his children. He has been accused of domestic violence and assaulting a social worker, claims he denies.

The document from Salford Children’s Services stipulates the man agreed “not to discuss the Muslim religion” with his children during any supervised contact.

He told the Manchester Evening News he felt forced to sign the agreement, because he was desperate to see his children.

“They are obviously feeding all kinds of ridiculous propaganda to my children and this is the end result.”

He has been to Manchester’s family court 13 times to get custody of his children.

At the last hearing, he was warned not to “pressure” the children into discussing Islam, as Salford Children’s Services said they did not consider themselves Muslim.

Relaxing the conditions, District Judge Relph said: “In the light of the court’s finding as to the children’s previous upbringing, the local authority has made it clear that it does not propose to treat the children as belonging to the Muslim faith, although the father may supply relevant information to them about his faith or discuss his beliefs with them in a non-pressurising way during future contact.”

Councillor Lisa Stone, who leads the children’s and young people’s services in Salford, said the council’s “prime concern is children’s safety and wellbeing.”

She added: “We understand the distress of the father but he has had access to the courts on numerous occasions which have upheld the plans of the local authority.

“This case has been before the Local Government Ombudsman who found no fault with the council’s actions.” http://www.independent.co.uk/news/uk/home-news/muslim-father-islam-children-religion-ordered-not-impose-judge-manchester-a8031806.html