Madrid has taken direct control of Catalonia for the first time in nearly four decades, firing the regional government and dismissing the head of the local police force, after the Catalan parliament made a unilateral declaration of independence.

Carles Puigdemont and his cabinet were formally removed from their posts, and their powers and responsibilities taken over by central government in notices posted to the official state bulletin on Saturday morning. 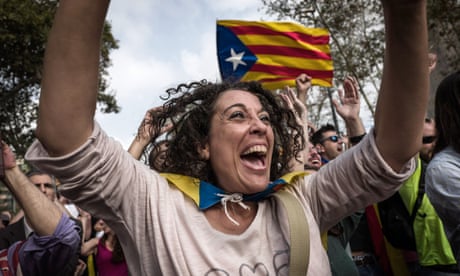 The orders provided an outline for a takeover approved by the Spanish senate on Friday, but Mariano Rajoy, Spain’s prime minister, now faces the challenge of implementing them.

The Catalan government has not yet responded, but the president, his allies and supporters are widely expected to defy the orders to leave their posts.

Josep Lluís Trapero, head of the regional Mossos d’Esquadra police, who won praise for his response to the August terrorist attacks, has been the only official to say he will comply, accepting a demotion to commissar.

A 10-day general strike has already been called by one of Catalonia’s biggest unions in support of the new republic of Catalonia, starting on Monday. Some of the region’s 200,000 civil servants have already said they will not accept orders from Madrid.

Beyond the sweeping assumption of powers, Madrid took wider aim at the project of Catalan statehood pursued by the regional government. Among other orders, it dismantled informal embassies set up by Catalonia in countries from Denmark to Morocco, and dismissed a tribunal set up to investigate rights abuses during the 1 October referendum, when Spanish police were widely criticised for their use of force.

Rajoy has also dissolved the regional parliament and called elections for 21 December, with a 15-day campaign period laid out in the new orders.

Spain’s deputy prime minister, whose official title is vice-president of the government, Soraya Sáenz de Santamaria – who has managed the government’s response to the Catalan crisis – will run Catalonia on a day-to-day basis until then.

It is not clear whether legislators who supported the independence declaration will be able to run for office again, but polls suggest that a new election would return a similar parliament to the one that proclaimed independence. A slim majority of seats would be held by pro-independence parties, but they would still receive less than half of the popular vote, Associated Press reported.

Catalan opponents of independence are often described as a “silent majority”, and government polls in the run-up to the October referendum suggest their ranks swelled slightly in recent months.

On Sunday they will hold a long-planned march in support of remaining part of Spain, and turnout is likely to be watched closely, as a barometer of anti-separatist sentiment, although numbers may be swelled by demonstrators joining from other parts of Spain.

The region has been officially self-governing since its statute of autonomy was signed in 1979, as Spain returned to democracy following the death of dictator Gen Francisco Franco.