Mr Sead Mulabegovic addressing the people about Id Fest and actual concept of Sacrificing the Animals.

Withe Mercy and Blessings of God Almighty, Ahmadiyya Mission Croatia organised celebrations of Idul Azhia 2017. After Slatul Id which was offered in Ahmadiyya mission office, members of Ahmadiyya Jamaat traveled to sheep farm house Kasina where arrangements were made to sacrifice the goats. With kind courtesy of Humanity First Germany 11 goats were sacrificed on first day of Id and then meat was taken for distribution among needy persons. Mr Sead Mulabegovic and Mrs Nasiha Mulabegovic along with his son Ali Mirza Mulabegovic were the prime force to organize the sacrifice of animals and meat distribution among needy people. 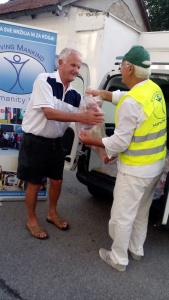 Meat is being distributed

Meat is being distributed 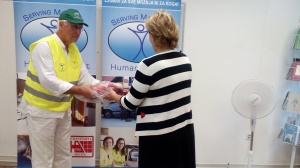 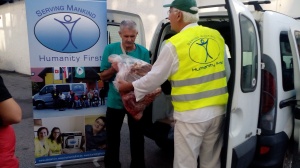