Is a President Above the Law in Islamic Tradition? 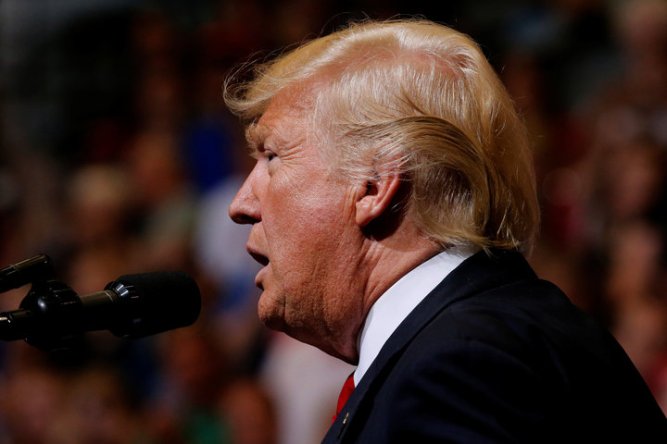 It should not surprise those who have been following US politics, what Ryan J. Reilly recently wrote in the Huffington Post article, It’d Be Pretty Easy For Trump To Pardon His Family Members. He Could Even Tweet It.:

There’s a normal process for your average federal convict seeking a presidential pardon. There are petitions to prepare, letters to solicit, character affidavits to notarize, background checks to be conducted and federal prosecutors to be consulted. The whole process, controlled by the Justice Department’s Office of the Pardon Attorney, can take years, and there’s a very slim chance the president will ultimately grant a pardon.

However, if your dad is the president and you’re hoping to head off a potential indictment, you could just ask him to send a tweet.

President Donald Trump has, via Twitter, floated the possibility that he’ll use pardons as a means of shutting down indictments that may grow out of special counsel Robert Mueller’s investigation into the Trump campaign and Russian interference with the 2016 election. If Trump is learning more about the process, as media reports indicate, he may be surprised by how easy it would be for him to pardon his family members or former campaign aides.

These developments do carry a certain sense of the President being above the law. But, those of us who followed President Bill Clinton’s impeachment hearing, became accustomed to a common cliché at that time: “No one is above the Law” and some would add “nor is anyone below it.” It is more obvious today that this cliche is not exactly true for the American Law.

What about the Islamic Law or at least the early Islamic tradition?

‘Umar, the second Khalifah, was cited as a defendant in a civil suit. When he came into Court to answer the claim preferred against him, the judge stood up as a mark of respect. ‘Umar observed that he had come into Court not in his capacity as the Khalifah, but in his private capacity as a citizen, and that it was inconsistent with the judge’s position for him to extend a courtesy to him which was not extended to every citizen appearing in Court. He held that the judge, by his action, had contravened his duty of impartiality toward the parties and was no longer fit to perform judicial functions.

‘Ali, the fourth Khalifah, also had occasion to appear in Court as a claimant against a Jew. In support of his claim, in addition to his own statement, he produced his eldest son Hasan as a witness in whose presence the obligation had been incurred by the defendant. The judge held that in view of the close relationship between the plaintiff and the witness, the testimony of the witness was not admissible and he dismissed the claim. The defendant was so impressed that immediately upon emerging from the court room he acknowledged the claim and discharged it.

The USA constitution provides certain powers allowing the President to pardon criminals. Presidential pardons have been used commonly in the past. When the power to determine innocence is given to one man, there is potential of abuse of power. With President’s Trump recent history of political scandals, it would be reasonable to be concerned about misuse of power. Abuse of power, however, is not unique to US presidency and is likely more frequent among the leaders of other countries and companies. Religious leaders are not immune either. Recent large scale scandals of child abuse in the Catholic church are common knowledge and likewise in the Muslim countries the abuses of power by the Muslim religious leaders, especially those active in politics are no secret.

My point is not to lay blame, but to try to define the highest ideals from secular and Islamic traditions for our readers.

I conclude with how this ideal is defined in The Universal Declaration of Human Rights, in Articles 6-10:

Everyone has the right to recognition everywhere as a person before the law.

Everyone has the right to an effective remedy by the competent national tribunals for acts violating the fundamental rights granted him by the constitution or by law.

No one shall be subjected to arbitrary arrest, detention or exile.

Everyone is entitled in full equality to a fair and public hearing by an independent and impartial tribunal, in the determination of his rights and obligations and of any criminal charge against him.

Let us all strive towards these ideals as defined in secular terms through out the world, to ensure that no one is above the law, nor anyone below it. If we continue to support the expansion of basic human rights, we can make the world a better place.