Canada’s largest Muslim convention held by the Ahmadiyya Muslim Jama ‘at at the International Centre from July 7 -9 started Friday with prayers, educational displays and a press conference stressing their theme of “Love for all, hatred for none”.

Terror group ISIS condemned: ‘This is not Islam’ 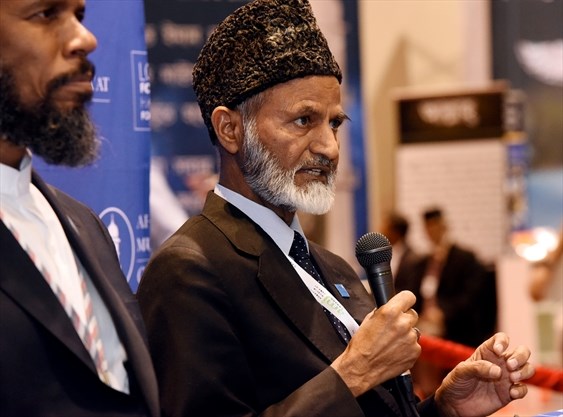 A large number of Ahmadiyya community members gathered in Mississauga to attend opening ceremonies of their annual convention.

The 41st annual Jalsa Salana 2017 of Ahmadiyya Muslim Jama’at Canada kicked off at the International Centre in Mississauga on Friday (July 7).

Condemning the action of ISIS, Malik said the terror group claims to be a Muslim organization, but it has nothing to do with Islam.

The yearly gathering, which started more than 100 years ago in the town of Qadian in India’s Punjab province, is a tradition of Ahmadiyya community.

In June, the Jama’at also hosted an event at the Brampton City Hall to celebrate Eid al-Fitr festival.

The three-day annual convention was to run until Sunday.

Nouman Khalil is a reporter with The Mississauga News, Brampton Guardian and South Asian Focus. He can be reached at nkhalil@metroland.com.
Follow him on Twitter @NKhalil25