Over 20,000 people are expected to show up at the conference this weekend, organizers say 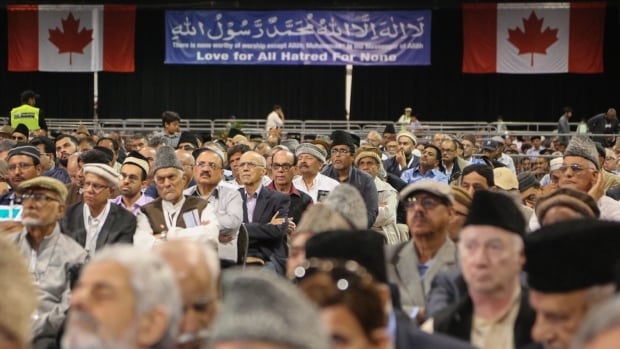 Participants at an annual conference at the International Centre held by the Ahmadiyya Muslim community. (Martin Trainor/CBC)

The Ahmadiyya Muslim community is tackling a number of hot topics this weekend at its annual convention at the International Centre in Mississauga.

Muslims come out to the gathering, dubbed Jalsa Salana, to socialize, listen to lectures and engage in dialogue about current events affecting their community. 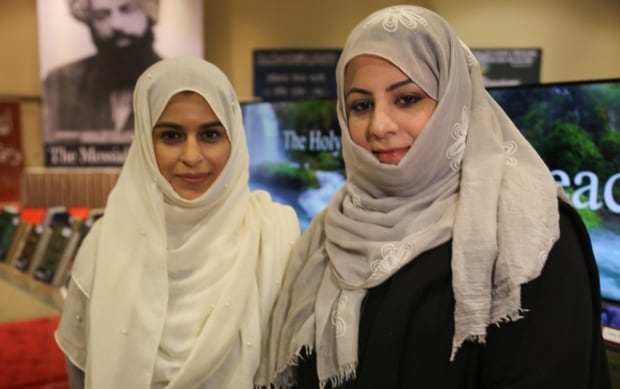 Henna Malik (left), spokesperson for the Ahmadiyya Muslim Jama’at with Maliha Shahid. Both women have attended the conference for over 20 years. (Martin Trainor/CBC)

Henna Malik is the spokesperson for Ahmadiyya Muslim Jama’at. She said the event also helps to dismiss the stereotype of Muslim women not taking an active role in the community.

“The largest attendees here are actually women. They’re executing their own programs, they have their own executives, so they’re really taking a leadership role here,” she said.

Navdeep Bains, the federal minister of innovation, science and economic development, is one of those attending the .. read more at source.