BOSTON — In humans’ mysterious journey to become intelligent, socializing creatures like no other in the animal world, one innovation played an essential role: religion.

That’s the theory that a preeminent evolutionary scientist is setting out to prove.

“You need something quite literally to stop everybody from killing everybody else out of just crossness,” said Robin Dunbar. “Somehow it’s clear that religions, all these doctrinal religions, create the sense that we’re all one family.”

[Fear of a vengeful God may explain humanity’s global expansion]

Dunbar, an evolutionary psychology professor at Oxford University, gained some measure of fame more than 20 years ago for his research on the size of animals’ social networks. Each species of primate, he found, can manage to keep up a social bond with a certain number of other members of its own species. That number goes up as primates’ brain size increases, from monkeys to apes.

Humans, Dunbar found, are capable of maintaining significantly more social ties than the size of our brains alone could explain. He proved that each human is surprisingly consistent in the number of social ties we can maintain: About five with intimate friends, 50 with good friends, 150 with friends and 1,500 with people we could recognize by name. That discovery came to be known as “Dunbar’s number.”

And then Dunbar turned to figuring out why Dunbar’s number is so high. Did humor help us manage it? Exercise? Storytelling? That riddle has been Dunbar’s quest for years — and religion is the latest hypothesis he’s testing in his ongoing attempt to find the answer.

Religion and the 21st Century: A Collection of Articles 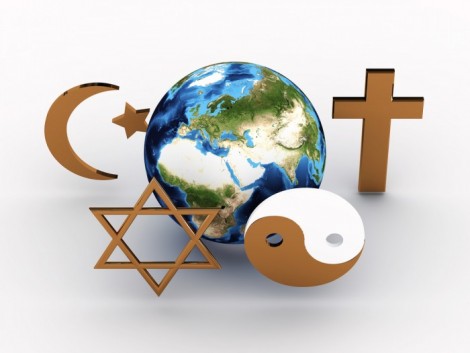