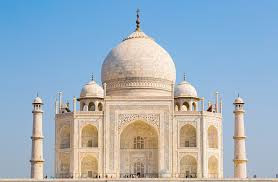 The best of you are those who are the kindest to their wives.

A mother is a school. Empower her and you empower a great nation.

A survey of 4,500 Muslim women by the Bharatiya Muslim Mahila Andolan earlier this year showed that 91% of them were against polygamy. This was reported with great excitement in the media though actually it should not have surprised us, given that the data shows that over 90% of Muslims are in monogamous marriages. Incidentally, a statement by the same group on 15 October that “Muslim women want codification of Muslim family law and not uniform civil code” was reported with less enthusiasm.

The reality is that   what is happening with women in India is true for so many depressed groups of women. The solution is not reformation of personal laws but addressing the entire spectrum of issues confronting women. Islamic feminists insist that Islam, at its core, is progressive for women and supports equal opportunities for men and women alike. Deeply religious, profoundly determined and modern in every way,they  are challenging not only the unjust restrictions placed on them by their own societies, but also the tired stereotypes and empty generalizations placed on them by the West.   They are arguing for women’s rights within an Islamic discourse. Some of the  leading proponents are actually men—distinguished scholars who contend that Islam was radically egalitarian for its time and remains so in many of its texts.

There is a long list of hadiths (Prophet’s sayings) and Qur’anic verses to support women’s rights: the right to education; the right to work and their right to keep the money they earn.

Women are on the front lines of our most critical human rights struggles today, particularly in war-torn countries like Afghanistan and Pakistan.   Muslim women—and men—across the greater Middle East are driving social justice by promoting cultural change from within their own societies.  While the Western world grapples with how to meet the cacophony of voices from the East, so also the women of Iran, Afghanistan, Malaysia, and Saudi Arabia are finding a new and assertive way to  . Their advocacy for women’s rights based on more progressive interpretations of Islam are critical to bridging the conflict between those championing reform and those seeking to oppress women in the name of religious tradition. Socially, culturally, economically, and politically, the future hinges  on finding ways to accommodate human rights, and in particular women’s rights, with Islamic law. These reformers—and thousands of others—are the people leading the way forward.

The depressing condition of Muslim women is a phenomenon among the underprivileged .In economically improved strata of Muslims the sort of oppressive practices which are being talked about are a rarity. Poverty is the root cause of obscurantism in Muslim families. Economic empowerment is one tide that lifts all the boats .It enables you to provide better education for kids, better healthcare for the household, better housing and better healthcare .It is a virtual cycle that transforms your world view. Almost half of Muslims over the age of 46 cannot read or write. While making up nearly 14 per cent of the total population of the country, Muslims account for 40 per cent of India’s prison population. They hold only 4.9 per cent of government jobs and only 3.2 per cent of the jobs in the country’s security agencies, thus creating a new set of ‘untouchable Indians’ in the modern, democratic republic of India.

As a group, Muslims have fallen badly behind Hindus in recent decades in education, employment and economic status, with persistent discrimination a key reason. Muslims are more likely to live in villages without schools or medical facilities and less likely to qualify for bank loans. The Sachar committee appointed by the government into the status of India’s Muslims found that they lagged way behind the Hindu majority on all social, educational and economic parameters.  There are other equally   pressing issues   that keep festering in Muslim minds. We have a long history of communal riots across India and there are no signs of justice. It is great to focus on economic and social disparities, but there are still families, wives, sisters and daughters grieving for their loved ones and waiting for justice. A rigorous review of socially backward classes among Muslims is required because in the last few decades several among them have descended into abysmal depths of social degradation on account of entrenched economic deprivation. It would entitle them for reservation quotas.

A common civil code e is being oversold as a silver bullet for gender justice which it is not; it is in fact a magic bullet for maiming Muslim identity and culture. What is urgently required is draining the   swamps of Muslim poverty that are breeding unrest and frustration leading to both physical and mental violence. Unlike revenge, justice is not a dish best served cold. The more it is delayed, the greater the risk India runs of alienating further nearly a fifth of its population

A survey by the acclaimed Gallup Organization published in New York Times on June 8, 2006 has revealed that Muslim women do not think they are conditioned to accept second-class status or view themselves as oppressed. This survey is almost a decade old when the status of Muslim women was much inferior. In more than 8,000 face-to-face interviews conducted in eight predominantly Muslim countries, the survey found that the hijab, or head scarf, and burqa, the garment covering face and body, seen by some Westerners as tools of oppression, were never mentioned in the women’s answers to the open-ended questions.

The most frequent response to the question, “What do you admire least about the West?” was the general perception of moral decay, promiscuity and pornography that pollsters called the “Hollywood image” that is regarded as degrading to women. An overwhelming majority of the women polled in each country cited “attachment to moral and spiritual values” as the best aspect of their own societies.

It would pertinent to quote   Naomi Wolf, one of the most celebrated authors of the century and a staunch proponent of ethical values.  :

“Are we in the West radically misinterpreting Muslim sexual mores, particularly the meaning to many Muslim women of being veiled or wearing the chador? And are we blind to our own markers of the oppression and control of women?

“The West interprets veiling as repression of women and suppression of their sexuality. But when I travelled in Muslim countries and was invited to join a discussion in women-only settings within Muslim homes, I learned that Muslim attitudes toward women’s appearance and sexuality are not rooted in repression, but in a strong sense of public versus private, of what is due to God and what is due to one’s husband. It is not that Islam suppresses sexuality, but that it embodies a strongly developed sense of its appropriate channelling – toward marriage, the bonds that sustain family life, and the attachment that secures a home.”

Several surveys of women who have embraced Islam reveal some consistent features. Islam has given their lives meaning and woken them from a spiritual malaise. Their new faith provided inspiration and strength to engage with a society they regarded as corrupted by materialism and moral relativism. And for those whose lives had previously been errant, Islam’s decisiveness on a range of religious and socio-cultural matters had given them a focus and an anchor. Equally, Islamic focus on modesty had liberated them from the rampant fashion-related consumerism that objectifies all women, and sexualizes pre-pubescent girls.

The Qur’anic institution of polygamy was a piece of social legislation. It was designed not to gratify the male sexual appetite, but to correct the injustices done to widows, orphans, and other female dependants, who were especially vulnerable. Polygamy was designed to ensure that unprotected women would be decently married, and to abolish the old loose, irresponsible liaisons. Polygamy is not the rule, but an exception; and this exception has multifarious advantages, social as well as other – the details would be burdensome here – and Islamic law need not be shy of this elasticity.

A New York Times review of the book in 1994 described the  views of Robert Wright the celebrated author of The Moral Animal in this way: “Monogamy, Mr Wright says, does not favor the interests of most women, particularly lower-status women. Most human cultures throughout history have been mildly polygynous, with wealthier men attracting several wives. Though women in these cultures ‘are often less than eager to share a man,’ he writes, ‘typically, they would rather do that than live in poverty with the undivided attention of a ne’er-do-well.’ Monogamy instead favors lower-status men who in a polygynous society would be frozen out of the marriage market by a wife-collecting elite. It is no coincidence that Christianity has advocated monogamy and pitched its message to poor and powerless men.”

It is much easier for the media, to reduce the complex debate on Uniform civil Code  to a series of clichés, slogans and sound bites, rather than examining root causes  ; easier still to champion the most extreme and bigoted critics of Islam while ignoring the voices of mainstream Muslim scholars, academics and activists.

It is equally important for the Muslim theocracy to understand their proper role: Call it religious policing, cultural policing, guardian policing, family policing and community policing. The many names share one vision: humane, compassionate, culturally refined with a mind-set of respect   and a demonstrable concern for     improving  the wellbeing of women   particularly when they have been  assigned a very exalted position both by the Prophet and the Qur’an. Treating women with the inherent dignity that they were created with, ensuring that   they are given equitable opportunities to succeed is necessary to uphold the Qur’ans vision, “O you who have attained to faith! Be ever steadfast in upholding justice.” (Q4:135).

The path ahead lies in importing some of the progressive reforms so that our personal laws regain vibrancy and are able to effectively respond to the new realities. The Indian Muslim leadership should allow the winds of reforms in Islamosphere to blow in.

Confining itself to sterile thinking will only strengthen the case of several eminent scholars including Muslim feminists like Mernissi who strongly feel that the necessary emancipation and equality for the subaltern Indian Muslim female will not be possible without bringing her under the protection of a Uniform Civil Code.

To those opposed to reformist ideals, let us remind them of legendary poet Iqbal’s assertion: “[t]he teaching of the Quran that life is a process of progressive creation necessitates that each generation, guided but unhampered by the work of its predecessors, should be permitted to solve its own problems.”

((Moin Qazi is the author of the bestselling book, Village Diary of a Heretic Banker .He has worked in the development finance sector for almost four decade .He can be reached at moinqazi123@gmail.com)