Celebrated humanitarian and Edhi Foundation Chairman Abdul Sattar Edhi passed away at the age of 92 in Karachi on Friday night, it has been learnt.

Speaking outside the hospital, the philanthropist’s son announced that Edhi’s funeral prayers will be offered on Saturday after Zuhr prayers at Memon Masjid, after which he will be laid to rest at Edhi village.

“He wished to be buried in the same clothes he used to wear. He also wanted to donate his body parts, but only his cornea can be donated as rest of the organs were not in healthy condition,” said Faisal Edhi.

Edhi was diagnosed with kidney failure in 2013 but had been unable to get a transplant due to frail health. He was receiving treatment at the Sindh Institute of Urology and Transplantation (SIUT). 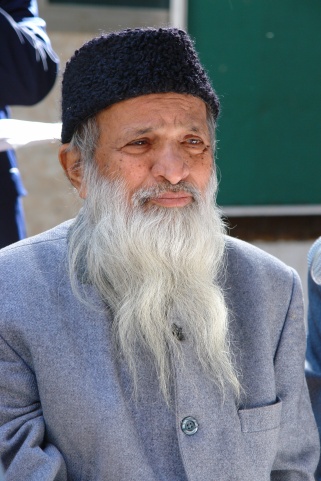 Earlier in the day, the philanthropist’s son Faisal Edhi and wife Bilquis Edhi informed the media that doctors at the facility termed his condition critical.

He felt difficulty while breathing “after which the doctors decided to shift him on a ventilator”.

In June, Edhi declined an offer by former president Asif Ali Zardari for treatment abroad, insisting on getting it done in Pakistan, particularly in a government hospital.

Born to a family of traders in Gujarat, Mr Edhi arrived in Pakistan in 1947.

The state’s failure to help his struggling family care for his mother – paralysed and suffering from mental health issues – was his painful and decisive turning point towards philanthropy.

In the sticky streets in the heart of Karachi, Mr Edhi, full of idealism and hope, opened his first clinic in 1951. “Social welfare was my vocation, I had to free it,” he says in his autobiography, ‘A Mirror To The Blind’.

Motivated by a spiritual quest for justice, over the years Mr Edhi and his team created maternity wards, morgues, orphanages, shelters and homes for the elderly – all aimed at helping those who cannot help themselves.

The most prominent symbols of the foundation – its 1,500 ambulances – are deployed with unusual efficiency to the scene of terrorist attacks that tear through the country with devastating regularity.