Older people are under threat from lonelinessur

Feeling isolated is not only soul destryong, it’s also a risk factor for early death 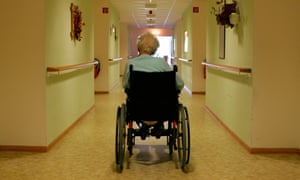 ‘We must help local authorities realise that being lonely is not normal or necessary’: Katharine Whitehorn. Photograph: Caro/Alamy

Macbeth may have spoken of “that which should accompany old age/ As honour, love, obedience, troops of friends” but here and now old people are more likely to be bitterly lonely, according to a paper by Marcus Rand of the Campaign to End Loneliness. It seems that about one in 10 of people over 65 feels chronically lonely all or most of the time.

A lot of this is due to things we think of as benefits: easy transport so people have no need to go on living where they grew up and maybe elders in the family still live; and the ability to make arrangements online, using digital skills which older people may not have.

Interestingly, organisations concerned with older people regard loneliness as a health problem as well as a social one. A lack of social connections is “a risk factor for early death”, which can be compared to smoking 15 cigarettes a day and is worse for the elderly than obesity and physical inactivity, according to the Campaign to End Loneliness website.

Janet Morrison of Independent Age deplores the level of stigma and negative attitudes towards loneliness, and says we need to help local authorities and the public accept that “there’s nothing wrong with admitting to being lonely, and things can be done to help reduce it” – though I don’t think she would approve of the old suggestion of standing in a busy market with a lasso.

Morrison says we must help local authorities realise that being lonely is not normal or necessary. The irony of all this is that those who may be old and lonely now are the ones who may well have thought in the 60s that youth and only youth was worth living or thinking about. Perhaps this sort of comeuppance comes to us all…

What do you think? Have your say below