Defensive War in the Holy Quran in 600 Words 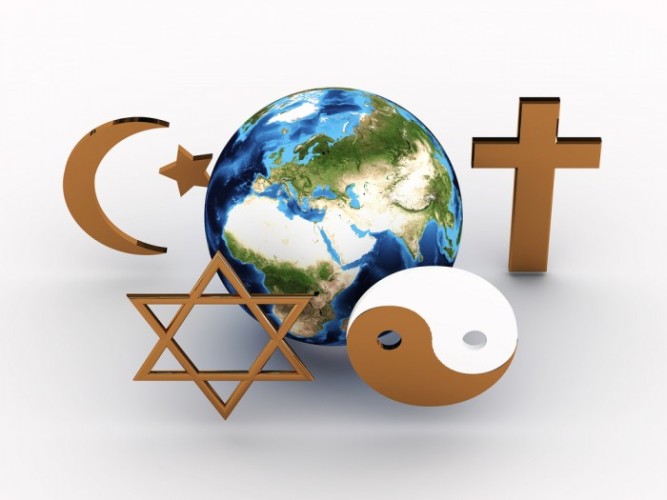 When the Holy Prophet Muhammad, may peace be on him, claimed Monotheism in the polytheistic society of Mecca they turned against him and he and his followers had to face persecution for 13 long years. He migrated to Medina but the Meccans did not leave him alone there and attacked Medina, it was in these circumstances that the following verses were revealed:

Permission to fight is given to those against whom war is made, because they have been wronged — and Allah indeed has power to help them — Those who have been driven out from their homes unjustly only because they said, ‘Our Lord is Allah’ — And if Allah did not repel some men by means of others, there would surely have been pulled down cloisters and churches and synagogues and mosques. (Al Quran 22:40-41)

By mentioning Churches and Synagogues before Mosques, the revelation was laying the foundation of genuine religious freedom for the whole of humanity. These verses were revealed around 624 CE and these teachings through the practices of Prophet Muhammad, may peace be on him, in Arabia laid foundation of freedoms that were put into action by Umar Farooq, may Allah be pleased with him, in Jerusalem in 638 CE, when he took control of Jerusalem, after a relatively bloodless siege by the Muslim army.

The Quranic teachings about dealing with defensive war are black and white, if you are not wearing colored glasses.  In the second chapter the Quran is describing a state of defensive war, for the Muslims, as it highlights need to take every opportunity for peace, note the emphasis, on the word ‘desist,’ mentioned twice in the verses below:

And fight in the cause of Allah against those who fight against you, but do not transgress. Surely, Allah loves not the transgressors.
And kill them wherever you meet them and drive them out from where they have driven you out; for persecution is worse than killing. And fight them not in, and near, the Sacred Mosque until they fight you therein. But if they fight you, then fight them: such is the requital for the disbelievers.
But if they desist, then surely Allah is Most Forgiving, Merciful.
And fight them until there is no persecution, and religion is freely professed for Allah. But if they desist, then remember that no hostility is allowed except against the aggressors.
The violation of a Sacred Month should be retaliated in the Sacred Month; and for all sacred things there is the law of retaliation. So, whoso transgresses against you, punish him for his transgression to the extent to which he has transgressed against you. And fear Allah and know that Allah is with those who fear Him.  (Al Quran 2:191-195)

In the above verses Allah has also laid down the principle of proportionate punishment for any offence, from petty crime to terrorism to a world war.

Now let me describe the essence of the message of the Holy Quran towards people of other faiths. Allah wants us to be kind and nice to them, except those who are belligerent and want to make us homeless: