Robert Fisk: The only point of ‘terror lists’ is to get those named a palace invitation – The Cordoba Foundation has now found itself on the ‘list’ alongside al-Qaeda and Isis 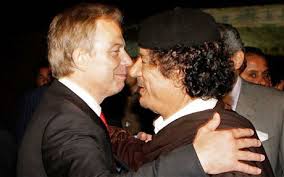 When are we going to give up our infantile “terrorist” lists? The IRA were “terrorists”. So was the Irgun. So was EOKA. So was the Mau-Mau. And their leaders – every bloody one of them – met Her Most Gracious Majesty Queen Elizabeth II. Think Begin, Makarios, Kenyatta. How long, I wonder, before Khaled Mashal of Hamas meets the old girl? Or Sayyed Nasrallah of Hezbollah?

You can’t help thinking that joining a “terrorist” list is almost guaranteed to get you an invitation to Buckingham Palace. And if the North Vietnamese could meet the Americans in Paris and Barack Obama can chat to the Iranian President on the phone, is it any surprise that Anas al-Tikriti – a caliphate-loving Iraqi Muslim with “close links to the Hamas terrorist group”, if you believe what you read in the papers – has translated for Obama himself when the then-speaker of the Iraqi parliament visited the White House?

But now even Mr Tikriti’s gently named Cordoba Foundation – a public relations outfit also “close” (that word again) to the Muslim Brotherhood – has found itself on a “terrorist list”, this time among 82 “terror” organisations named by the United Arab Emirates whose enemies include all the usual suspects – al-Qaeda, Isis and the rest. “I felt physically unwell when I saw the Cordoba Foundation just three lines away from Boko Haram,” says al-Tikriti, a UK citizen who has spoken at Chatham House as well as on that most notorious of all “terror” television channels, al-Jazeera.

As a frequent guest on the very same satellite station, I suppose I’ve also been scratched by the “terror” label. After all, I’ve even spoken for the Council on American-Islamic Relations which has an office on Capitol Hill – and which is now also named as a “terrorist” organisation by the Emirati government.

So, slick public relations man though he is, you can’t help feeling a bit of sympathy for Anas al-Tikriti. Of course, I did ask him for his thoughts on the Paris bloodbath with whose murderers he would presumably not be encouraging “dialogue”. “I think Paris had produced our absolutely worst nightmares,” he says. “What happened must be seen as a heinous crime. But we risk reading it wrongly if we see it as a crime committed by Muslims – one of the policemen killed was a Muslim.

“The challenge now is to concentrate on the kind of extremists who are hell bent on creating chaos. These people have a deep loathing of society.” And al-Tikriti, it should be added, has no time for Isis-style caliphates.

But his predicament will not end there. Being fingered as a “terrorist” supporter has already prompted HSBC to close his bank account even before he acquired the “terrorist” label from the UAE, yet he cannot find anyone in the Gulf state to explain to him why he’s on their list.

The stories that defined 2014

“No one in the UAE has picked up a phone and spoken to me,” he says. “A couple of years ago, the Gulf newspaper The National singled me out as someone who is leading a worldwide campaign to undermine and destabilise the government of the UAE. I responded by saying that it’s no secret I support democratic referenda throughout the region – in Morocco, Egypt, Yemen, the Gulf, Saudi Arabia.”

Al-Tikriti suspects that UAE officials may be irked that he spent his childhood in the Emirates.  “Anyone who has a vendetta can use the word ‘terrorism’. We have hundreds of Muslim men and women aged between 15 and 35 who are frustrated, dissatisfied, and who feel that their place in Europe and North America has been sidelined, that they are second-class citizens. And now even organisations that work in the mainstream to create a real change have been lumped with Boko Haram and al-Qaeda. ‘Terror lists’ have become a game.”

Indeed, you only have to look at the EU, where the General Court of the European Union now says that Hamas should be removed from its “terror list” to see what happens to those who buck the system. Europe, quoth Benjamin Netanyahu, had “learned nothing” from the Holocaust. Arab newspapers suggested that Israel – after last summer’s horrors in Gaza – was lucky not to be on a “terror list” itself. Few, however, paid attention to the EU court’s conclusion that Hamas had been put on the “terrorist list” not because of proven facts, but because of “media reports and the internet”.

So now we have it. Cyberspace can put you on a “terror list” just as fast as political power. And if al-Tikriti is associated with the Muslim Brotherhood – which he is – and if David Cameron could even cast a cold eye on the Brotherhood (to curry favour with a certain President-General al-Sisi of Egypt), then anyone can earn the “terrorist” label and absolutely no government in the West will talk to you. Hence the Brits can no longer talk to Hezbollah because it’s a “terrorist” organisation. And they’ve already pulled out of Damascus because they hate Assad who is also a “terrorist” – even though Assad is fighting al-Qaeda and Isis, which are also “terrorist” organisations.

Will Paris stop the media doing its duty?

Much of the post-massacre debate in Paris and elsewhere in Europe has revolved around the preparedness – or otherwise – of newspapers to print anti-Islam cartoons or articles sure to infuriate Muslims. Will a new climate of fear prevent the media from its duties?

I hate to bend the argument, but over the decades, I’ve found that journos and editors across Europe are far more fearful of important and rich people with expensive lawyers who might sue them for slander  than any gunmen storming into their front office.

Paris may change all this. But a lot of true stories have been spiked because of Britain’s absurdly costly libel laws rather than any threat of violence.