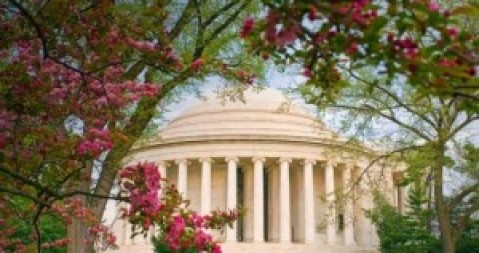 It is a book review of Thomas Jefferson’s Qur’an: Islam and the Founders by Denise A. Spellberg (Knopf)

Reviewed by Abbas Milani, who is s the director of Iranian Studies at Stanford University and the author, most recently, of The Shah (Palgrave Macmillan). He is a contributing editor at The New Republic.

In the smear campaign before the election for the presidency of the United States, one candidate was accused by his opponents of being a closet Muslim. Some Christians “viewed all Muslims as agents of religious error and a foreign threat.” The United States faced a hostage crisis, as many Americans were taken hostage by Muslim powers and freed only after a ransom was paid. In one country alone, “more than one hundred Americans had been captured and imprisoned.” Accounts of these captivities, even forced conversions, were often bestselling books. Piracy off the coasts of North Africa was a major problem for American cargo ships. A “social Christian,” hoping to preserve “a purely Protestant Christian America,” was worried that aliens might take over the reins of power in the country and opined that “the few … Jews, Mahomedans, Atheists or Deists among us” must, in the name of prudence and justice, be excluded “fromour publick offices.”

The time was not the 2000s but the 1790s, and the presidential candidate was Thomas Jefferson, who was, in Denise Spellberg’s words, “the first in the history of American politics to suffer the false charge of being a Muslim, an accusation considered the ultimate Protestant slur in the eighteenth century.” And it was not Captain Phillips who was taken hostage by Somali pirates. Much of Spellberg’s book is an account of those troubled times, and the remarkable efforts by a colorful cast of characters—many of the Founding Fathers, activists, clergymen, and politicians—to create a constitution that would, at least in theory, allow anyone who swore allegiance to it to become not just a citizen of the United States but even its president.

Their efforts were particularly remarkable “given the dominance and popularity” of many contemporary ideas, books, and plays that were critical of Islam. The Ottoman Turks, still a serious challenge to Europe, were invariably thought to be the only Muslims in the world, and the Ottoman sultan was often depicted next to the Catholic pope as the essence of heresy. And yet, in words borrowed from John Locke, one of the philosophical architects of liberal democracy, Jefferson insisted on a constitution wherein “neither pagan nor Mahamedan nor Jew ought to be excluded from the civil rights of the Commonwealth because of his religion.” (It would take about a hundred and fifty years before the rights of full citizenship would be afforded to women and Jefferson’s words could be rephrased as “his or her” religion.)

For Jefferson, the idea of a Muslim president, or even a Muslim citizen, was an abstraction. He apparently did not know that there were many Muslims already in America: they were brought here as slaves from Africa. Many of them had been “seized and transported from West Africa,” Spellberg writes, and thus “the first American Muslims may have numbered in the tens of thousands.” (Glaringly absent from her narrative is a discussion of whether and to what extent the roots of the Nation of Islam, and Elijah Muhammad’s ideas, can be traced to these early Muslim arrivals. Peter Lamborn Wilson, in his book Sacred Drift: Essays on the Margins of Islam, offers an interesting window into the early evolution of Islamic ideas among African Americans.) It would take African Americans even longer than women to have their full rights of citizenship recognized, but the greatness of the Founding Fathers lay precisely in crafting a constitution that would find its way to affording all Americans their full rights. Spellberg’s book is less about the Qur’an that Jefferson may or may not have fully read than it is a fascinating, sometimes meandering account of the Muslim odyssey in America—particularly in the first decades of the new republic. A brief afterword addresses some of the controversies about Islam in the post–September 11 era.

The book begins with a quote from Leviticus, inviting believers to treat “the stranger who resides with you … as one of your citizens.” It goes on to offer a chilling account of the anti-Islamic polemics popular among Protestant reformers in Europe—and by extension, among the early settlers in America. Spellberg cites German Protestant woodcuts from the sixteenth century depicting “Luther’s vision of Antichrist as a beast with two heads—one a mitered pope and the other a turbaned Ottoman Sultan.” In Luther’s vision, “Muslim souls were already forfeit, condemned to hell for all eternity.” Ironically, long before Luther, Catholics themselves had often dismissed Islam “as the summit of all heresy.” Luther, along with many earlier Catholic theologians, dismissed Islam’s holy book as nothing more than a repetition of the Bible and a form of “blasphemy.”