Saudi Arabia: (but not only!) Heavy social media use ‘damaging family ties’

Many here believe that heavy use of social media is harming family life in the Kingdom and can cause psychological problems. 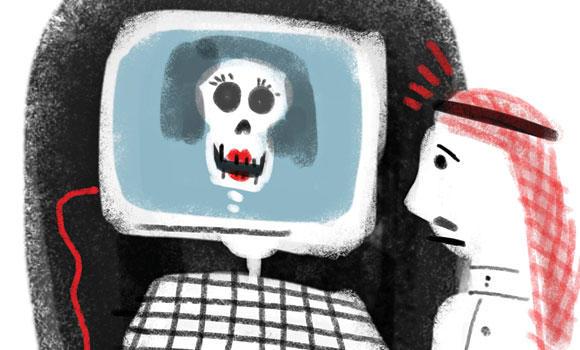 Malak Abdullah Aldossari, a human development expert, said that family members no longer get together to interact and have conversations. Many are either watching television or surfing the Internet on their smartphones.

“Young adults who have a strong Instagram presence show signs of psychological disorders, including anti-social behavior. This may result in them not wanting to interact with their parents or share about their day at school.”
“Family members must be made aware of the problems caused by excessive use of the Internet, specifically social networks so that action can be taken to avoid this behavior,” said Aldossari.

Aldossari urged the public not to spend excessive amounts of time on the Internet and virtual reality because this can lead to families losing their sense of cohesion and breaking up.

Fahad Albuainain, an engineer and photographer for a company based in Jubail Industrial City, said that social media is being used to disseminate fabricated and incorrect news. Users also have a lack of privacy. He said overuse can affects students’ grades with consequences for their careers.

“Social networking sites are one of the best ways to make new friends, but they may result in people ending their relationships with close friends,” said Albuainain.

Abdulelah Mohammed, a social media specialist and daily user of Instagram, said that although there are many features of social networking sites and apps, users are wasting a lot of time. They also spend too much time playing useless games.

“Social networking sites and apps can exacerbate loneliness for many people. I sometimes feel like I’m being separated from the real world. Overuse can affect a user’s mental state and lead to depression and Internet addiction. Users tend not to want to mingle and socialize with family members or friends.”

Mohammed Al-Abdulqader, a blogger and photographer, said that social networking sites affect employee productivity. Furthermore, many users post their personal, health and social problems and their friends and acquaintances try to solve them, even if they are not qualified to do so.

“Social networking sites could make young people vulnerable to extremist ideas. In addition, many hackers use these sites to steal personal data from identity and bank cards,” Al-Abdulqader.

Hazem Aljarallah and Duaa Ahmed are more positive about the use of these sites. Aljarallah, a photographer, said Instagram can strengthen relationships because people are sharing experiences from their lives.

“The past year was full of great moments that I shared with others on Instagram and other social media.” He said the site kindled his passion for photography.

“It has brought me so much enjoyment. With every photograph I strive to express a feeling with the hope that my followers can connect to the experience so the enjoyment becomes mutual. I am so grateful.”

Duaa Ahmed said that her family has encouraged her to use social media and have provided her with a studio at home so she can take photographs and start a little business.

“I enjoy sharing the location of a certain restaurant in town selling delicious food or products, or a candid family photo and having people post comments,” she said.

“Social media has introduced me to many people, not only in Saudi Arabia but also from all around the world. I share my daily life with my friends on social media and I feel like I’m part of one big family,” she said.