WARSAW, Poland — Polish officials have honored Irena Sendler, a Polish woman credited with saving 2,500 Jewish children from the Holocaust, by naming a walkway in a symbolically important spot after her.

Sendler was a social worker who smuggled Jewish children out of the Warsaw ghetto during World War II, when Poland was occupied by Nazi Germany. The children were placed with Christian families and in convents and given new names. Sendler died in 2008. 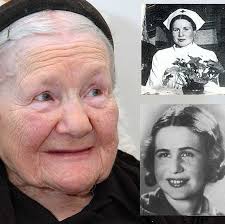