I Have a Dream: President Obama will One day Comfort the Parents of Drone Victims

O ye people! be mindful of your duty to your Lord, Who created you from a single soul and created therefrom its mate, and from them twain spread many men and women; and fear Allah, in Whose name you appeal to one another, and fear Him particularly respecting ties of relationship. Indeed, Allah watches over you. (Al Quran 4:2) 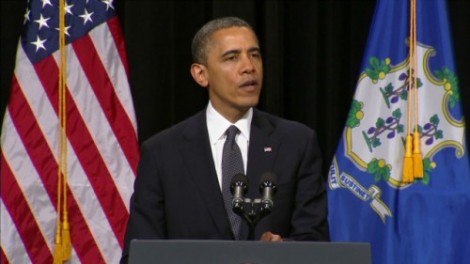 I was comforted by the coming together of American nation and tuning into CNN to watch a two hour memorial for the 26 innocent victims of the recent Newtown Elementary School shooting in Connecticut, in December, 2012.  CNN covered it live both on TV and their website.

I watched the program with my wife and my sons, two of whom are still in school, in New York.  As the tragedy was very close to home, it had a personal dimension.

I was glad to notice that there was no religious discrimination as not only many Christian denominations were represented, in the prayer service, but also represented were Judaism, Islam and the Bahá’í Faith.

I was also very glad to see President Barack Obama taking time off from his busy schedule to come out to comfort and console the parents and the families of the victims, as 20 of them were young children. 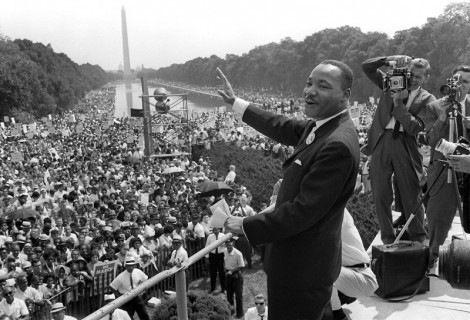 It was a somber day, which also reminded us of our common humanity and eventual mortality.  As I watched more than two hour long ceremony and heard a moving speech from President Obama, my mind went to a speech by Martin Luther King, some fifty years ago.  I thought it may be befitting opportunity to revisit the “I Have a Dream” speech by the civil rights movement leader, Martin Luther King, delivered in 1963, in Washington, D.C.  Let me quote a small part of what Martin Luther King dreamed:

I say to you today, my friends, so even though we face the difficulties of today and tomorrow, I still have a dream. It is a dream deeply rooted in the American dream.

I have a dream that one day this nation will rise up and live out the true meaning of its creed: ‘We hold these truths to be self-evident: that all men are created equal.’

In the context of our global village, when we closely interact with humans from all countries, the American creed, “We hold these truths to be self-evident: that all men are created equal,” now has a universal color.  It has become the Quranic vision of human equality, which was best expressed by the Holy Prophet Muhammad, may peace be on him.  As the Prophet delivered his farewell speech, in 632 CE, to an unprecedented large gathering, standing on the back of his camel Qaswa, he raised his hands and joined the fingers of one hand with the other and then said, “Even as the fingers of the two hands are equal, so are human beings equal to one another. No one has any right, any superiority to claim over another. You are as brothers.”

This farewell speech is enshrined in the Islamic history more than the Gettysburg address, by President Abraham Lincoln, in the American history and is the vision for our times, when the whole of humanity has come very close to each other in so many ways, given the modern means of communication.

Dear President, I have faith in your compassion, as I heard that you mentioned privately to the Governor of Connecticut that the day of Newtown tragedy was the most demanding day of your Presidency, because of the loss of 20 innocent children and 6 remarkable adults.

You had also shown your compassion and humility when you thanked your election campaign workers, with your wet eyes.  I am also reminded of a verse of the Holy Quran, “And thou shalt assuredly find those who say, ‘We are Christians,’ to be the nearest of them in love to the believers. That is because amongst them are savants and monks and because they are not proud.” (Al Quran 5:83)  So, I have a dream that your compassion will not be just limited to the fellow Americans, but, will transcend geographic boundaries.  I have a dream! Yes, I have a dream.

I am also reassured by the fact that I share the middle name with you, namely Hussein.  This middle name serves as a reminder to me that your father was a Muslim and your paternal grand mother belongs to the Islamic faith.  So, surely, your compassion cannot be limited to only the Christians or only for the Americans, for you lived in Indonesia as well and you have traveled all over the world.  I do believe that you feel for the whole of humanity, no matter which part of the planet they inhabit.

Dear President you would recall that the Nobel Prize for peace that you received is held in high esteem, because, Martin Luther King was its recipient also in 1964.  I have a dream!  I have a dream that one day you will rise to King’s vision of complete human equality.  I have a dream!

Dear President, I believe that one day you will wake up to the reality that 160 innocent children have been killed according to some estimates in drone attacks in Pakistan.  This is 8 times more than the 20 children lost in Newtown Connecticut.  Let me share with you dear President, some data from Wikipedia about civilian casualties:

Reports of the number of militants versus civilian casualties differ.[12] According to the Pakistani authorities, 60 cross-border predator strikes in the period from January 2006 to April 2009 killed 14 wanted al-Qaeda leaders and 687 Pakistani civilians.[13] [14] In a 2009 opinion article, Daniel L. Byman of the Brookings Institution wrote that drone strikes may have killed “10 or so civilians” for every “mid- and high-ranking [al Qaeda and Taliban] leader.”[15] In contrast, the New America Foundation has estimated that 80 percent of those killed in the attacks were militants.[16] The Pakistani military has stated that most of those killed were hardcore Al-Qaeda and Taliban militants.[17] The CIA believes that the strikes conducted since May 2010 have killed over 600 militants and have not caused any civilian fatalities, a claim that some experts disputed.[12] The Bureau of Investigative Journalism found that between 391 – 780 civilians were killed out of a total of between 1,658 and 2,597 and that 160 children are reported among the deaths.

We see signs of Martin Luther King’s dream being fulfilled in our times, with gradual disappearance of racism from the American society and with President Obama becoming the first black President of America.

I dream that days are not far, when every child, no matter what nationality or economic class will be considered precious and every human life sacred.  I have a dream.  I know that every human life is sacred, otherwise none is.  Such is the reality of our global village and our information age, when psychological boundaries of tribal mentality no longer exist.

I have a dream that some day President Barack Hussein Obama will visit the families of the civilians killed in drone attacks to console them, to comfort them, to acknowledge their humanity and to proclaim that all humans are equal and every civilian human life is sacred and cannot be sacrificed for political or other gains.  I have a dream!  I have a dream that the President will do that if not during his Presidency then after his Presidency as he follows in the footsteps of President Jimmy Carter and President Bill Clinton and takes a broader perspective of serving the whole of humanity. 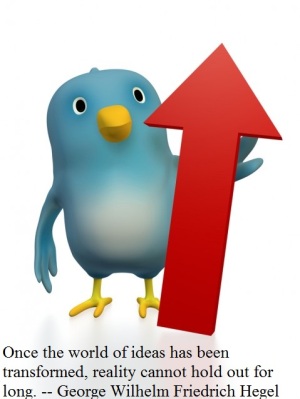