The U.S. House of Representatives will vote next week on a bill calling on President Barack Obama to end the U.S. military campaign in Libya.

The announcement was made by the office of House Majority Leader Eric Cantor (R-Va.) on Friday evening. 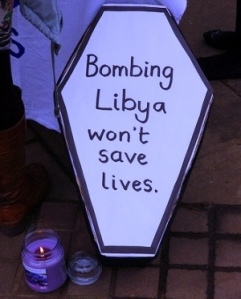 The measure will be a rebuff of President Obama’s earlier letter to congressional leaders seeking a resolution of support for the U.S. military involvement in Libya.

The measure, sponsored by liberal anti-war Rep. Dennis Kucinich (D-Ohio), cites the 1973 War Powers Resolution, which states that any military operation not previously authorized by Congress must be halted 60 days after the president notifies Congress about the mission. Washington Post Read more