AMMAN – Amidst a period of regional unrest, Petra has emerged as a top travel destination for 2011, according to a leading tourism website.

TripAdvisor.com has ranked the UNESCO World Heritage Site and one of the New Seven Wonders of the World as one of the 25 top destinations in its 2011 Travellers Choice Destination Awards.

In its selection of the rose-red city, the website lists “fascinating places to explore… including the breathtaking 2,000-year-old Treasury, the narrow Siq gorge (the main entrance to Petra), and the High Place of Sacrifice”. Read more

The only other regional destination that cracked the top 25 was the Old City of Jerusalem. 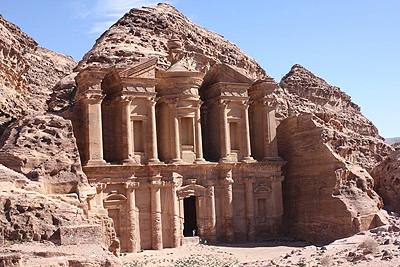