By Kate Morgan28th January 2021How did a four-year degree become compulsory for nearly every job – and could the need to reboot the economy help tackle this problem?E

Eleven years ago, Allie Cornett realized she wasn’t ready for college, and had lost interest in the geology degree she was pursuing at a university in Hawaii. She left school, and went to work in the hospitality industry as a tour guide. For the next decade, she found herself repeatedly running into the same wall.

“I have been told multiple times that I have a great resumé, and lots of experience, but no degree… so no potential for upward movement,” says Cornett, 33. At the last company she worked for, she applied for open managerial positions constantly over five years, “only to not get them because someone with less experience, but who had a degree, did”.

Cornett is a victim of a phenomenon called ‘degree inflation’: the rising demand for bachelor’s degrees in jobs that didn’t always require one, and probably don’t actually require one now.

It’s a widespread problem, says Manjari Raman, director of Harvard Business School’s project on Managing the Future of Work. According to a 2017 paper Raman co-authored, “the degree gap – the discrepancy between the demand for a college degree in job postings and the employees who are currently in that job who have a college degree – is significant. For example, in 2015, 67% of production supervisor job postings asked for a college degree, while only 16% of employed production supervisors had one.”ADVERTISEMENT

In other words, the people currently doing the work don’t have degrees, but as they retire or leave their positions, their replacements will be expected to. This creates a system where companies struggle to fill jobs and incur unnecessary costs, all the while leaving experienced, willing workers out in the cold. Degree inflation has been a major problem in the labour market for decades, but the issue is even more pressing as we face a post-pandemic economy in need of a serious – and swift – reboot. 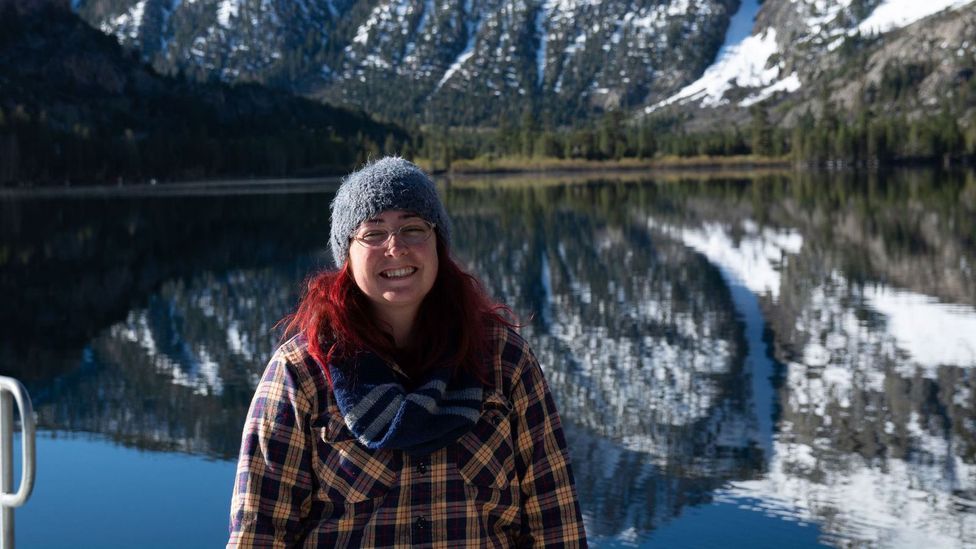 “I have been told multiple times that I have a great resumé, and lots of experience, but no degree… so no potential for upward movement” – Allie Cornett (Credit: Zachary Gorski)

Degree inflation is most evident in what Raman calls “middle-skills jobs” – those requiring more than a high school diploma, but less than a college degree. Many listings for such positions now ask for a four-year degree, which only a third of American adults have. Globally, it’s even more stark. Less than 7% of the world’s population holds a Bachelor’s degree.

Experts who study the phenomenon say it’s due, at least in part, to the widening role of technology. “The seeds for degree inflation were planted as the nature of jobs was changing,” says Raman. “More and more automation created jobs that are called the same thing but require different competencies.”

She gives the example of a lineman working for a utility company. “Two decades ago, you were talking about somebody shimmying up a pole. You needed to be physically strong and able to work in all weather conditions, and that’s what made you successful,” she says. “Now, that job is very different. You’re in a pneumatic machine. You use a smart device to connect with the central headquarters to figure out the problem. You’re still using your hands, but also a lot of data inputs coming at you through technology.”

The people currently doing the work don’t have degrees, but as they retire or leave their positions, their replacements will be expected to

A version of this shift is present in just about any other industry you can name. “As more automation came in, there was more demand on these workers to display social skills. What you now needed was someone who could talk to a customer, who could articulate the problem and problem-solve,” says Raman. But rather than look for candidates with those specific qualifications, “many companies took the easy route of using the four-year college degree as a proxy: ‘I know if they have a degree, they’ll be able to use an iPad. They’ll be able to use Excel’.”

Those positions then become difficult to fill, because even middle-skill workers with experience are excluded by automated application tools that cut out those without degrees. “Many middle-skills jobs synonymous with middle-class lifestyles and upward mobility – such as supervisors, support specialists, sales representatives, inspectors and testers, clerks and secretaries and administrative assistants – are now considered hard-to-fill jobs because employers prefer candidates who are college graduates,” according to the Harvard Business School paper.

This focus on degrees creates exclusionary conditions, the “worst-case scenario” of which, says Ray Bachan, a senior lecturer at the University of Brighton’s Business School, “is a lack of intergenerational mobility. It all has social connotations”. Less affluent parents are less likely to have children who go to college, he explains. And when those children struggle to find jobs, the result is a generation failing to be more successful than the one before it.

Crucially, degree inflation has a significant impact on populations that are less likely to graduate from a four-year programme. In the United States, black and Latino students are conferred just 11% and 14% of annual Bachelor’s degrees, respectively. 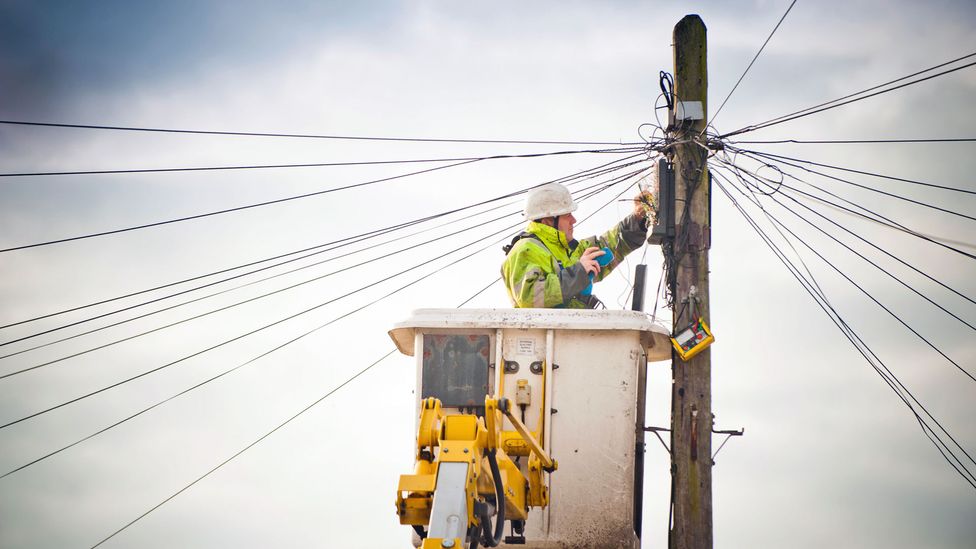 Many employers now require four-year degrees for jobs that didn’t previously need them, in part because of the increased role of technology across all industries (Credit: Alamy)

And all these socially detrimental practices don’t even result in a better-performing workforce. When people who do have degrees end up in middle-skill jobs that don’t actually require the specialisations they studied, they tend to be under-productive and quick to become “disenchanted”, says Raman. “There’s high turnover, because they were not happy doing what a middle-skill worker could and should be doing.”

Turnover adds to companies’ costs. Add to that the fact that employers pay college graduates as much as 30% more, and it’s clear a system of degree inflation benefits neither worker nor employer.

In fact, the only ones who do seem to benefit from degree inflation are the world’s academic institutions, which saw enrolment more than double between 2000 and 2014. In the UK, where degrees are ranked based on academic performance, there’s another dimension to inflation. Not only have universities there increased the overall number of diplomas by five times since 1990, but the students leaving school with first-class honours (the highest-rated degree) skyrocketed from 7% in 1997 to 30% in 2019.

“It could be due to better teaching methods, better facilities, more comprehensive libraries, the internet,” says Bachan. But more likely, changes to grading algorithms mean “it’s easier to get a higher degree than it was in the past”. That leaves workers who don’t have any degree at an even greater disadvantage in a workforce crowded with applicants with top-scoring degrees.

But this, too, is ultimately bad for both employers and their prospective employees. Academic credentials are meant to be a signal to employers of how good applicants are. Degree inflation, says Bachan, makes those signals unreliable. “There are so many people now with good degrees, it’ll be difficult for employers to select the people who actually do have the highest level of skills.”

There’s no reason to expect the number of people getting degrees to drop significantly; while enrolment at US institutions did fall by 2.5% overall in 2020, there’s evidence of an increase in people – many of them older than the average college student – returning to degree programmes over the course of the year. In the UK, the Universities and Colleges Admissions Service recorded a significant jump in the number of applicants 35 and older this past summer.

Allie Cornett is among these returnees; when the California vacation destination where she was working shut down due to coronavirus, she moved to Oregon and was accepted to a Bachelor’s degree programme in outdoor adventure leadership at Southern Oregon University. The pandemic, she says, “gave me a chance to really focus on what I wanted from school and out of my future career”. 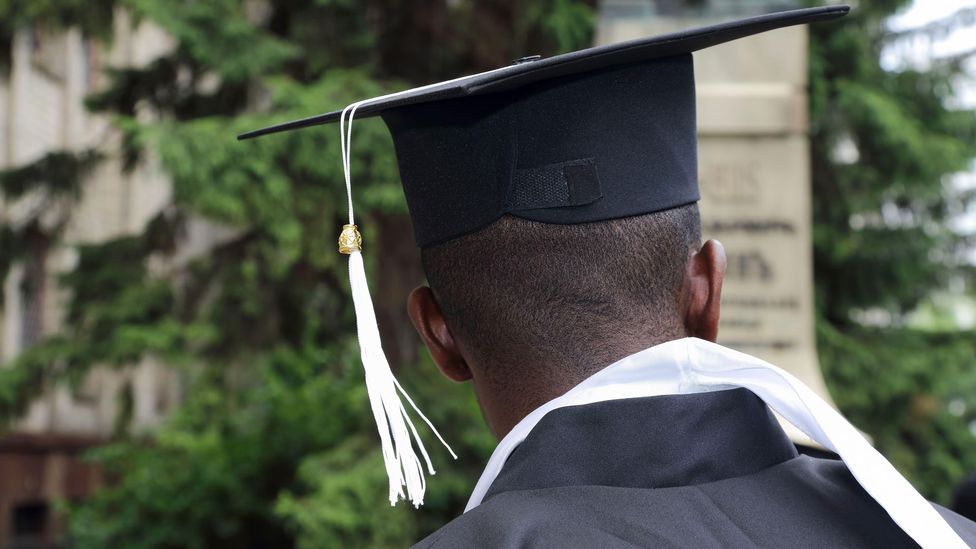 Degree inflation has a significant negative impact on populations that are less likely to graduate from a four-year programme, including black and Latino students (Credit: Alamy)

Yet she could graduate into a different recruitment environment because, while degree inflation is a problem decades in the making, the pandemic may have opened the door to big changes. “In general,” says Raman, “we find Covid is like an X-ray machine. It starkly exposes the issues in the economy.” To survive in a post-pandemic economy, companies may find doing away with degree inflation gives them an influx of talent and saves them money. It’s a direction major companies were moving before 2020, but now, Raman says she expects to see degree inflation reversed even quicker.

“It’s almost a no-brainer once you point it out,” adds Raman. “The first thing CEOs do is call their HR person and say, ‘Are our job postings slapping on a four-year college degree? And if they are, stop doing that.’ There are very strong financial reasons for right sizing. It’s not just salary – you reduce the cost of turnover, increase productivity, increase retention. These are important for companies, and they understand this. They’re seeing that by following degree inflation they’re only hurting themselves.”

Raman notes that mammoth corporations, including Amazon and Walmart, recognised the issue long before the pandemic. Amazon launched a $700m (£512m) programme in 2019 to provide education and training to its existing degree-less workers, with the idea that it’s more cost effective to train incumbent workers for management positions. (Walmart started a similar programme in 2017). Raman says those companies, and others, have also begun removing arbitrary degree requirements from middle-skill jobs. The policies adopted by major corporations tend to trickle down to medium and small ones. Preliminary data, she says, suggests that’s already starting to happen.

“Compared to 2015, in 2021 there’s far greater acknowledgement and understanding that packing more BAs into your company is not positive,” she says. “Pre-Covid, we knew degree inflation was something that’s not good for companies and not good for workers. Post-Covid, we have to remember that and rebuild the economy in such a way that it doesn’t just work for people who have a four-year college degree, but also for the many hundreds of thousands of people who don’t, but who have experience, qualifications and are eager to work.”