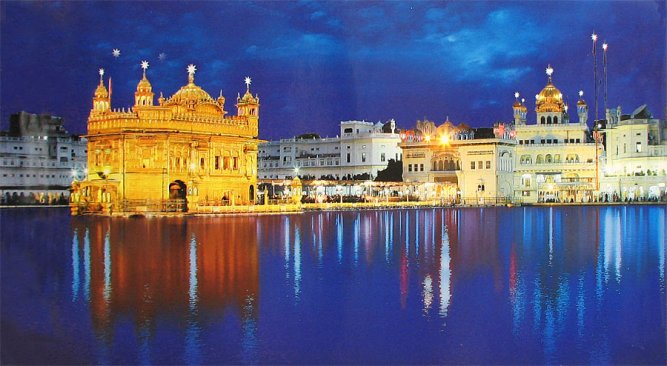 LONDON: Sikh organisations and gurdwaras in Britain are encouraging Sikhs not to classify ethnically as “Indian” in the online census being carried out in March 2021.

The census takes place every 10 years in Britain to capture up-to-date accurate details about households so that public services can be planned.

The Network of Sikh Organisations (NSO) has, in a tweet, explained how Sikhs should answer the “What is your ethnic group?” question: “We recommend individuals unhappy with the ‘Indian’ option should tick ‘Any other Asian background’ (under ‘Asian or Asian British’) and write in ‘Punjabi’.”

Lord Singh of Wimbledon, director, NSO, told TOI: “On ethnicity, our advice to those unwilling to describe themselves as ‘Indian’, because of the absence of closure for the 1984 anti-Sikh genocide is to write ‘Punjabi’ — a more accurate description of ethnicity.”

But the Sikh Federation (UK), backed by a dozens of gurdwaras and Sikh organisations, is promoting a different classification — that British Sikhs avoid the “Asian or Asian British” category and instead pick the category “Other ethnic group”, then select “any other ethnic group” within that and write in “Sikh”.

The federation, which recently lost a battle in the high court here to get a tick box for Sikhs in the ethnicity section of the census, said this was a battle for the Sikh “quami” identity. Its spokesman said: “In the census 2011 over 83,000 Sikhs protested and refused to use the existing ethnic tick boxes and ticked ‘other’ and wrote ‘Sikh’. Now we plan to double that number and possibly get up to 200,000 Sikhs to tick ‘other’ and write ‘Sikh’ this time to send a strong signal to the UK government.”

The problem is that whilst some British Sikhs may now write “Punjabi”, others may write in “Sikh”, and others may tick “Indian”, sparking fears the census will not provide an accurate reflection of the Indian community, nor of the population.

This is particularly important since the aim of the census is to shed light on the needs of different groups and communities, and the inequalities people are experiencing.

“There are other countries in South Asia where they don’t want to identify as their country where they will put Sindh, Punjab, Tamil and all this. I am confident everyone who is ethnically Indian will tick the ‘Indian’ box,” said a spokesperson for British Indians Voice, which is working directly with the Office of National Statistics on the census.

“For the ethnicity question we want people to tick Asian, then Indian. This applies to Sikhs, Muslims, Hindus, Jains, Buddhist, Christians and others with roots in India,” the spokesperson said.

“If people do not answer correctly then they are not counted and funds not properly allocated for temple, crematorium, chaplains and other relevant necessities. We also want to ensure that the Indian community fill out the separate national identity question as ‘British Indian’ by selecting ‘British’, then ‘other’, then writing in ‘Indian’. We don’t want to be called Asian, British Asian, or South Asian. We want to have our own identity. We do not want to be BAME either. We just want to be British Indian,” the spokesperson said.