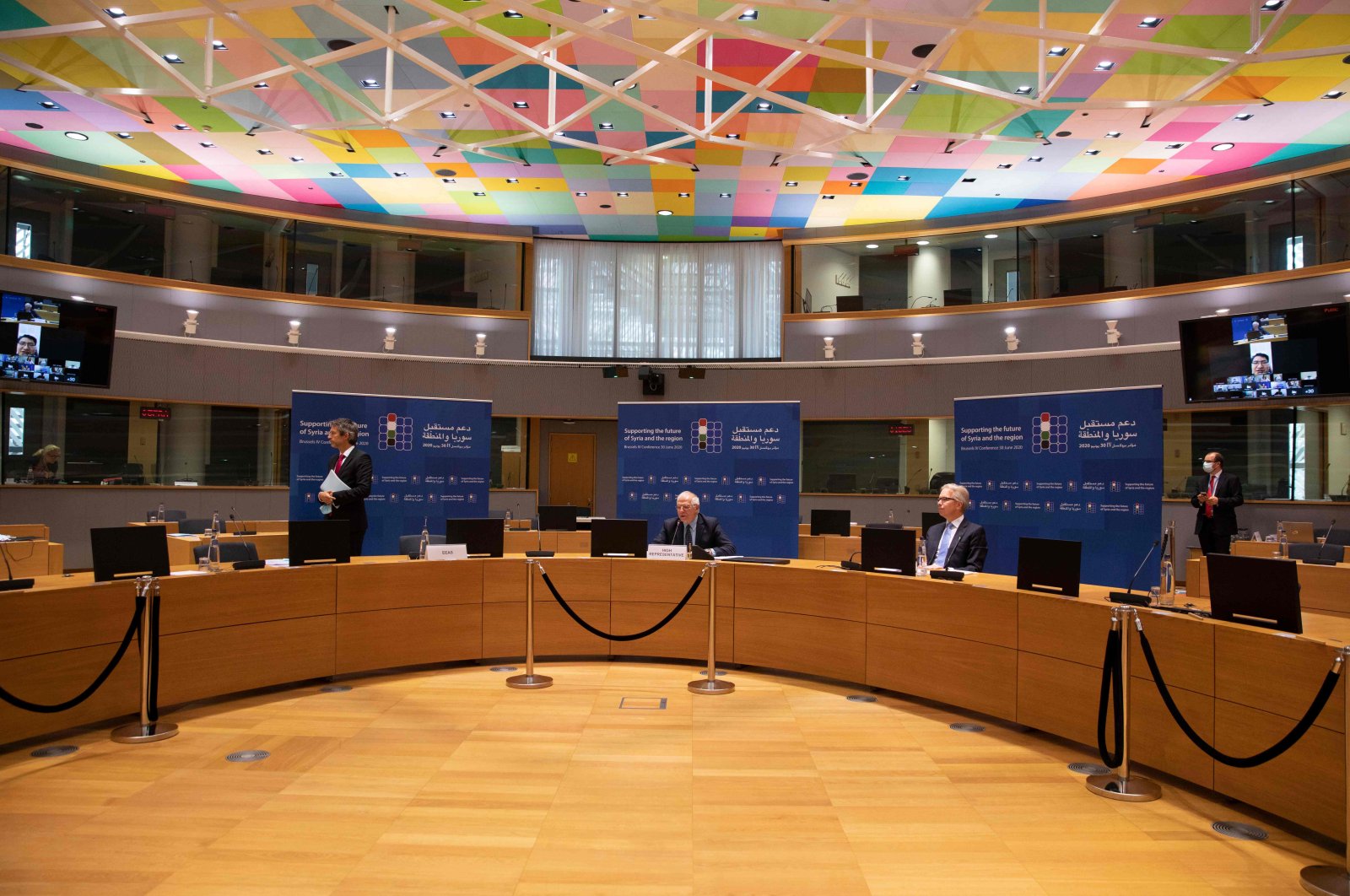 The European Union and dozens of donor nations pledged a total of $7.7 billion Tuesday to help tackle the humanitarian crisis deepening in Syria and neighboring countries hosting millions of Syrian refugees as the coronavirus pandemic and economic crises compound the misery of nearly a decade of civil war.

EU Crisis Management Commissioner Janez Lenarcic announced the total at the end of a daylong online pledging conference organized by the EU and United Nations.

“We have today expressed solidarity with the Syrian people, not only with words but with concrete pledges of support that will make a difference for millions of people,” Lenarcic said.

The war in Syria has killed more than 400,000 people and sparked a refugee exodus that has destabilized neighboring countries and impacted Europe. Around 11 million people are in need of humanitarian assistance and some 9 million do not have enough to eat. More than half of the population has no jobs.

“The pledges made by donor governments are simply not enough to address the Syrian crisis with 1 million people at risk of starvation inside the country and COVID-19 and an economic downturn hitting refugees and host communities in neighboring countries hard,” said Marta Lorenzo, Oxfam’s Middle East and North Africa regional director.

“We are on the cusp of all these multiple crises,” Riza said. “You see kids that are clearly now getting malnourished. You are seeing levels of malnutrition that we have never seen in the last nine years and this gets worse and worse if you don’t take action right now.”

German Foreign Minister Heiko Maas pledged 1.58 billion euros ($1.8 billion) on Germany’s behalf as he, too, warned that the global pandemic was exacerbating the grim realities of life in war-shattered Syria.

“Access to humanitarian assistance is even further restricted,” he said during the virtual donor conference. “And health facilities that lie in ruins cannot attend to the enormous needs. Today, we can demonstrate that the world cares, that the people of Syria are not forgotten.”

“We cannot and will not ignore the scale of the coronavirus threat in Syria, which has already been ravaged by almost a decade of conflict,” Trevelyan said.

EU foreign policy chief Josep Borrell announced that EU institutions would donate 2.3 billion euros for this year and next.

Perhaps wary of the state of coronavirus-ravaged national coffers, the EU and the U.N. – joint chairs of the conference – underlined that they did not set a fixed pledging target. U.N. Under-Secretary-General for Humanitarian Affairs Mark Lowcock said about $10 billion is needed and that raising $5.5 billion “would not be a bad outcome.”

Lenarcic said at the end of the conference that $5.5 billion of the money pledged Tuesday would be available this year and $2.2 billion for next year and beyond.

The EU has reported that in 2019, donors contributed 8.9 billion euros in grants to Turkey, Egypt, Iraq, Jordan, Lebanon and Syria. The U.N. currently requires about $3.8 billion for its Syria-related work. Speakers at Tuesday’s fundraising meeting repeatedly expressed support for Syria’s neighbors housing refugees.

Lebanese Prime Minister Hassan Diab said the cost to his country of hosting more than 1 million Syrian refugees has exceeded $40 billion since the conflict began in March 2011 and he warned that the situation is getting worse amid an economic crisis.

Diab called on the U.N., the EU and friendly nations to “shield Lebanon from the negative repercussions” of sanctions, such as those imposed on the Syrian regime by the Trump administration in mid-June.

Lowcock acknowledged that holding the donor conference at a time when economies around the world have been slammed by the coronavirus was tough.

“We recognize that circumstances are a bit unusual,” he said. “It’s a difficult moment in every country to find the resources necessary to relieve the suffering of the Syrian people, but it’s essential that we do go on doing that work.”

Oxfam’s Lorenzo said, “It’s shocking that the international community has failed to recognize the urgency of the situation despite clear calls from Syrian civil society.”

“The role of Turkey in helping the refugees is very positive,” he told reporters at a press event of the fourth Brussels Conference on supporting the future of Syria and the region.

The Syrian “regime needs to understand that it has to genuinely engage in political negotiations,” Borrell said, reiterating that the EU can only accept the “U.N.-led intra-Syrian negotiations in Geneva, not military operations.”

The regime needs to “stop the repression of its people, then we can talk at normalization,” he said.

Speaking about Turkey, the EU top diplomat said the country had been carrying a “big burden” by taking care of more than 3.5 million people in its territory for several years.

He added that the EU appreciated these efforts which is why the bloc had approved last week an additional 485 million euros for monthly cash transfer and schooling programs in 2020.

According to the U.N. High Commissioner for Refugees Filippo Grandi, the refugees and host countries need further support from the international community in order to carry on with the existing aid programs, warning that without further aid, all the achievements in schooling or employment programs might go in vain.

Earlier, Turkish Foreign Minister Mevlüt Çavuşoğlu urged the international community, the U.N. and the EU for “concrete progress in the constitutional exercise” in his speech at the teleconference.

He also recalled Turkey’s counterterrorism operations had paved the way for more than 400,000 Syrians to voluntarily and safely return to northern Syria.

Turkey is the largest host country for Syrian refugees and provides protection to more than 3.5 million people who fled the neighboring country.