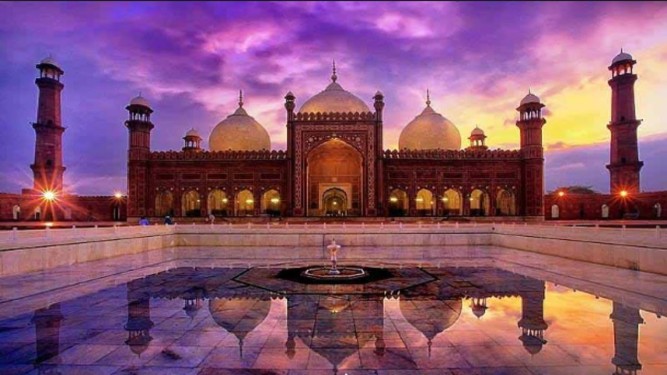 Badshahi mosque, Lahore, Pakistan.  Suggested reading by the Muslim Times: When Not Going to Jumma is a Huge Blessing

ISLAMABAD (Reuters) – Sabir Durrani says he offers prayers almost every day at a mosque in the central Pakistani city of Multan. He says that often a dozen or more men are in attendance – none of them wearing protective face masks.

Durrani, 52, is among thousands of devout Muslims flouting Pakistan government orders issued late last month banning religious congregations of five or more people to stem the spread of the coronavirus. The disease has so far infected more than 5,300 people and killed 93 in the world’s second-most populous Muslim country.

“Our prayer leader told us that the virus can’t infect us the way it does Western people,” Durrani told Reuters. “He said we wash our hands and we wash our face five times a day before we say our prayers, and the infidels don’t, so we need not worry. God is with us.”

The Islamic lobby holds immense clout in Pakistan, a country of over 200 million people. Religious parties have not been successful in electoral politics but they are able to whip up large, often violent, crowds on matters pertaining to religion, such as in support of the country’s harsh blasphemy law.

“Religion and prayers are an emotional issue for many people in Pakistan, and the government has to be sensitive to that,” Mirza Shahzad Akbar, a special assistant to Prime Minister Imran Khan, told Reuters.