A Book Release: Peace of Mind — Islam and Psychology 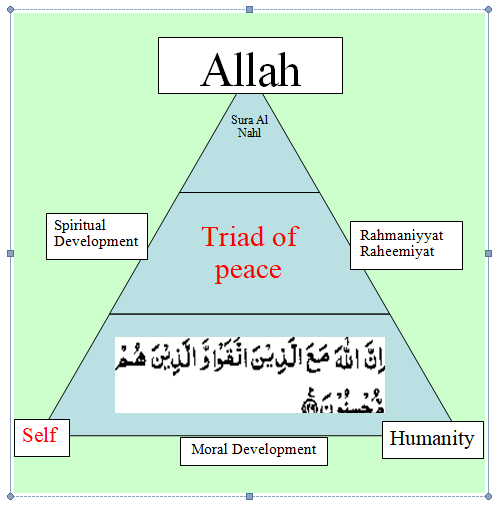 Book by Zia H Shah MD, Chief Editor of the Muslim Times, in 2000

The purpose of this book is to show that peace of mind can be acquired only through developing a moral personality, and developing relationship with God. This thesis is inferred from one of the verses of the Quran, “Those who believe, and whose heart find comfort in the remembrance of Allah (and putting this into their actions). Aye it is in remembrance of Allah that hearts can find comfort” (13:29).

The book is aimed at well informed western audience both Muslim and non-Muslim.

As the book is mostly based on the teachings of the Holy Quran, all references are to the Holy Quran, unless specified otherwise. There are 114 Suras or chapters in the Holy Quran. The first number of a reference is the number of the Sura and the second number the verse. In some writings of the Quran the first verse of each Sura which is common to all Suras is not counted. In such writings the verse number, therefore, will be one less than quoted in this book. 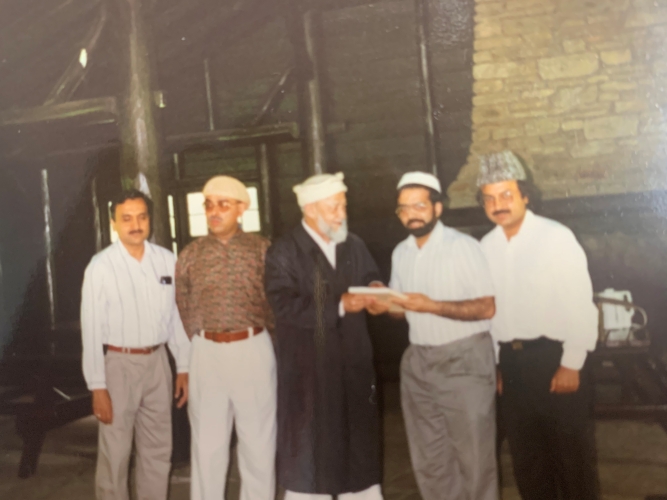 I presented the first edition of the book to Khalifatul Masih IV (ra), Hazrat Mirza Tahir Ahmad, in 1996, in Letchworth Park, NY and he graciously accepted it

The first Appendix is devoted to introduce the Islamic Scripture, the Holy Quran. It describes how the Quran was compiled, and the immutability of its text. When quoting from the Holy Quran the Arabic word “Allah” is often used instead of “God.”

There are several books of collections of the sayings of the Prophet Muhammad (peace be upon him), of which, the two most renowned are “Bukhari” and “Muslim”. You will also find numerous references to these books in the text. Wherever I have borrowed ideas from other sources these have been freely acknowledged.

In some of the lengthy chapters the subject matter is divided into subheadings for easy reading. For the sake of simplicity the use of the masculine third person “he” and “his” will refer to both genders. The term “Believer,” used in the book, refers in general to the person with monotheistic belief, and occasionally it’s use is limited to Muslims only. It implies one’s acceptance of the existence of God, the complete or partial truth of some of the scriptures, and life after death.

To get maximal advantage from this book, readers attention is drawn to the advice given by Dale Carnegie in his book, “How to stop worrying and start living,” and I quote:

I once spent almost two years writing a book on public speaking; and yet I find I have to keep going back over it from time to time in order to remember what I wrote in my own book. The rapidity with which we forget is astonishing.

So, if you want to get a real, lasting benefit out of this book, don’t imagine that skimming through it once will suffice. …. Glance through it often. … Remember that the use of these principles can be made habitual and unconscious only by a constant and vigorous campaign of review and application. There is no other way.

… Bernard Shaw once remarked: ‘If you teach a man anything, he will never learn.’ Shaw was right. Learning is an active process. We learn by doing. So, if you desire to master the principles you are studying in this book, do something about them. Apply these rules at every opportunity. If you don’t, you will forget them quickly. Only knowledge that is used sticks in your mind.

So, as you read this book, remember that you are not merely trying to acquire information. You are attempting to form new habits. Ah yes, you are attempting a new way of life. That will require time and persistence and daily application.[i]

To put these principles into practice it may be useful to memorize some of the quotations described in this book, especially the short verses of the Holy Quran. By repeating and rehearsing these quotations when the situations demands one will be able to make them an integral part of one’s personality. In this regards it may be very practical for the Muslims to memorize short verses of the Holy Quran in Arabic.

At times the reader will note that there are certain repetitions in the book. These are intentional and meant to explain the view point from different angles for varied readers, and may help persuade them to put these principles in practice.

To reiterate, the purpose of this book is to show that peace of mind lies in development of “moral personality” (Al Quran 13:29), and then going onto develop a spiritual personality, and how it can be achieved.

Another purpose of this book is to bridge the gap that has developed in the secular understanding of Psychology and the teachings of true Islam.

Today, February 3, 2020, I simplified the chapter about Soul at Rest to merely two pages, to demystify religion and ensure peace of mind for every one, who is genuinely concerned about righteousness and human compassion.

Any corrections or suggestions for improvement are not only welcome, but are sought.

[i] Dale Carnegie. How to stop worrying and start living. Simon and Schuster. Page 18.

Read the book further in the Word file, I update the file often, sometimes on a daily basis, so please get the latest when you are ready to read: Peace of Mind — Updated