‘Pay us back’: Trump says troops will not leave airbase unless Iraq compensates US

President Trump Sunday said the United States would not abandon its airbase in Iraq unless the country paid billions for the cost of building it.

The president did not specify the airbase, but he was presumably referencing the al-Asad Airbase in Anbar province, which he has previously said cost the United States a “fortune” to build. The base was originally built by the Iraqis, but the United States made investments to improve it after ousting Saddam Hussein in 2003.

Trump said the U.S. would inflict crippling sanctions on Iraq if it forced U.S. troops to depart.

“If they do ask us to leave, if we don’t do it on a very friendly basis, we will charge them sanctions like they’ve never seen before ever. It’ll make Iranian sanctions look somewhat tame,” he said. “If there’s any hostility, that they do anything we think is inappropriate, we are going to put sanctions on Iraq, very big sanctions on Iraq.”

Trump emphasized that he is not happy that the U.S. is in Iraq in the first place. 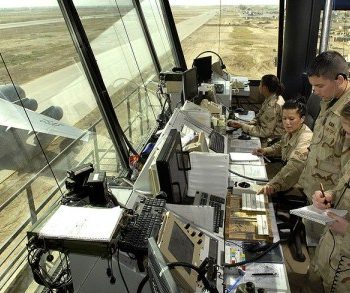