‘The biggest scandal since the forged Hitler diaries’: what is Germany reading?

The scandal surrounding Der Spiegel journalist Claas Relotius is back, with a book by the colleague who exposed him

Fiction and non-fiction can feed off each other in unusual ways. In the winter of 2018, Germany was shaken by the biggest media scandal since the forged Hitler diaries, after it emerged that the country’s bastion of investigative journalism had published stories by a reporter who had “fictionalised” his prize-winning articles with armies of invented characters. Now the “Relotius scandal” has gone into its second round, with the publication of a non-fiction book by the journalist who exposed his fraudulent colleague: a detective story about the search for truth in the era of fake news that makes a more gripping read than most novelists could have managed.

The plot of Juan Moreno’s Tausend Zeilen Lüge (A Thousand Lines of Lies) resembles that of the 2003 film Shattered Glass, about New Republic reporter Stephen Glass – a film that the young Der Spiegel journalist Claas Relotius was shown as a cautionary tale as part of his journalism degree. Claas Relotius was regarded as a likable colleague with a great talent for unearthing incredible stories from across the globe: a vivid inside account from a high-security prison in California; the tale of how a boy’s graffiti started the war in Syria; an exclusive interview with the parents of American football star Colin Kaepernick.

But the scale of Relotius’s deception was more ambitious, and, for a while, more successful: before he was exposed, he had won the top prize for German reporters, the Reporterpreis, four times in six years. One judge praised his stories as jumping off the page “almost like literature”. He was in line for a promotion at Der Spiegel.

His rise and eventual fall also had a distinctly German note:  … 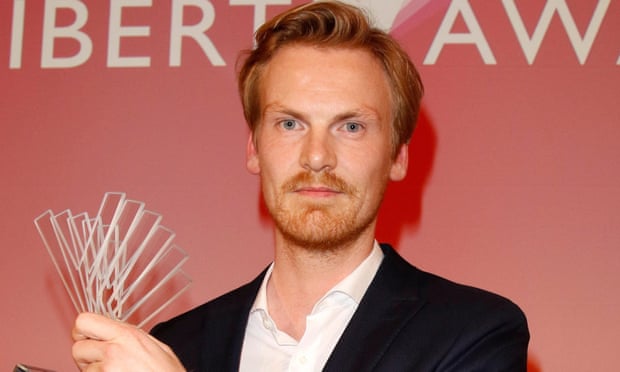