The topic of the symposium was ‘Existence of God’.

The program was moderated by Wendy Bergfeldt who has been a correspondent and field producer for BBC Scotland and is now involved in the daily journalism of Cape Breton Island.

Following speakers presented the topic according to their background and their scriptural point of view:

This was a women-only event and around 60 women attended the event. Among them were:

Margaret Young who noted: ‘I was impressed by the graciousness of the organization’

Norma Blinkhorn who commented: ‘More ambitious to know how we can help.. Hope you continue to organize these symposiums’

Rev. Heather Wright from United Heritage Church who wrote: ‘It was wonderful to hear the speakers, wish more time was there for interaction’

And Benedette who said: ‘I have gained better insight and respect for religion’

The national president of Ahmadiyya Muslim Women Association of Canada Mrs Amatul Salam Malik thanked the audience for enriching the event by their participation.

There was a book exhibition at the venue, many books and information leaflets were free of cost. 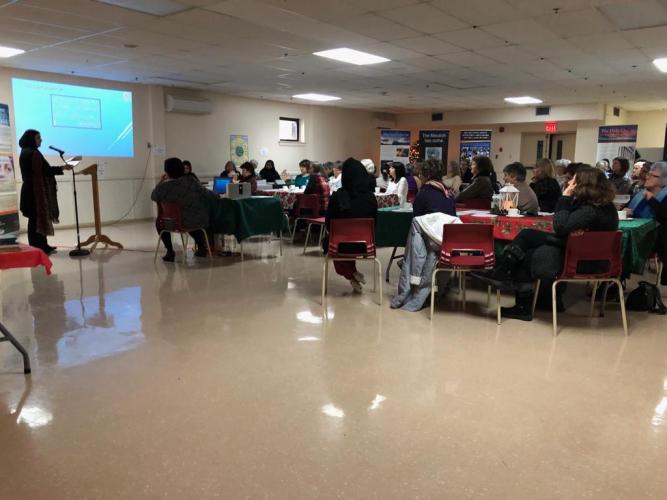