Explainer How well does the new Swiss asylum system work? 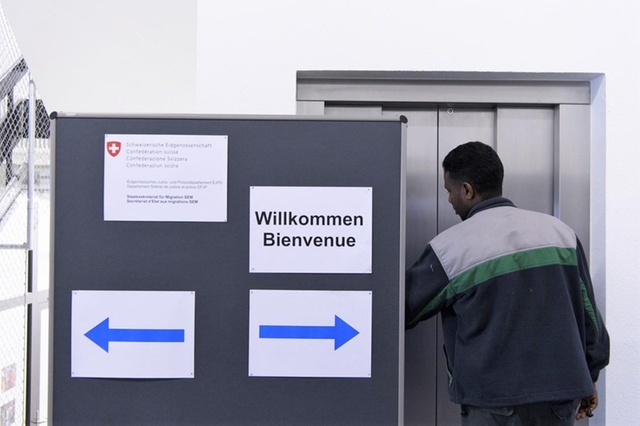 The asylum centre of Giffers in western Switzerland can house up to 250 people. It opened in April 2018 amid public protests.
(© Keystone / Anthony Anex)

The Swiss asylum process was streamlined in March, but critics have raised serious objections.
What is it about?

The reform, which aimed to create a more efficient process, was accepted by two-thirds of voters in a nationwide ballot in 2016 and came into effect across Switzerland on March 1, 2019. The introduction was staggered over several phases.
As part of the overhaul, the asylum process must in principle be completed within 140 days. It ends with the deportation of asylum-seekers whose requests have been turned down.

Asylum centres have also been reorganised.

What are the main elements of the reform?

People who have filed a request for asylum in Switzerland are allocated to one of six national centres across the country. Most asylum-seekers stay in the same accommodation while their applications are examined.

Some applicants, however, are transferred from a national to a cantonal centre as their requests need more time to be processed.

The graphic is a schematic representation the asylum procedure in Switzerland.
(State Secretariat for Migration (SEM))

The requirements to qualify for asylum status in Switzerland did not change with the reform.
What has changed is the time the authorities are given to process a request: about 70% of all the decisions handed down come within 140 days. Applicants have the right to free legal aid and to be represented by a lawyer throughout the procedure.

The deadline for filing an appeal against a decision by the authorities has been cut from 30 days to seven days under regular conditions. The deadline of 30 days remains unchanged for applicants whose requests need more time to be examined.