More and more young women are being called to the religious life, after 50 straight years of decline. What on earth is going on? 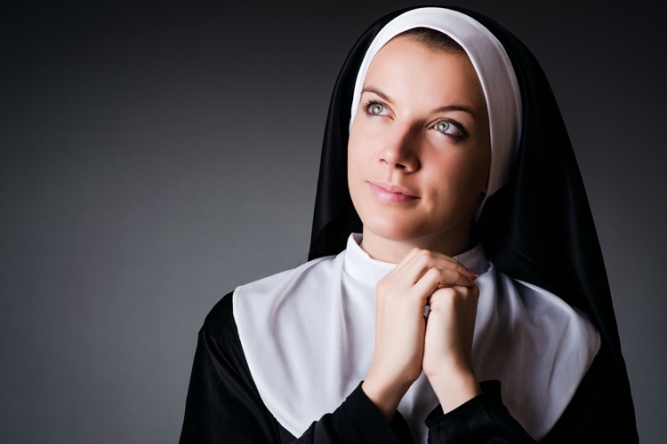 The Muslim Times has the best collection for interfaith tolerance.  Suggested reading: Joel Osteen: Enlarging the Circle of Love

I went to a science magnet high school, graduating in 2001, but in my late 20s, I began to notice that some of my classmates were turning toward the Catholic faith. It surprised me: My high school was ostentatiously secular. We had a steel statue on the front lawn depicting the triumph of mathematical logic. Our senior class president wore a giant calculator costume to football games. When my government class held a mock debate over abortion, only two students out of 18 volunteered to argue the “pro-life” case.

And near the end of the 2000s, a half-dozen old friends I’d remembered as logical skeptics and trend-forward internet connoisseurs had become deeply religious. Some of them had been raised loosely Catholic, some had not. They blogged. They wrote Facebook posts about their conversions and shared memes about contraception-free family planning. They seemed to want to celebrate their lives.

One Catholic classmate chronicled her experience starting an organic farm with her husband and seven children, twinning advocacy for lefty, soyboy things like non-GMO baby yoghurt with tributes to the late Justice Antonin Scalia and pictures of homemade pizzas with tomato-sauce patterns meant to look like Jesus’s wounds on the cross. My friend Meg, the center of attention at our high school parties, started calling herself a “hobo for Christ.” She couch-surfed around the world and made her income from speeches booked off of her pop culture-savvy blog—only the gist of these speeches was a profound religious evangelicalism. “God,” she wrote in one post, is “demanding radical discipleship.” She also considered becoming a Catholic nun.

These people intrigued me, because they didn’t quite fit. The presumption, I had always thought, was that the U.S. is on a steady, if bumpy, progressive drift. Books published about America’s demographic destiny like to warn religious folks to be afraid of the young. Each successive generation, the thinking goes, wants to exercise more choice over what they eat, over how they live, over who they love, over their dreams, over their truths. The young aren’t interested in tradition or moral constraints.

Catholicism seems especially out of step with contemporary American life. Protestantism easily accommodates rock bands and a personable, almost life coach-esque Jesus. But even liberal Catholic communities require submission to a gold-crowned pope who theologically can’t be wrong (in certain circumstances) and who is chosen by a hundred-odd men—only men—who undergo a ritual of eating the literal body of Christ embedded in a cracker. To say the sex scandals didn’t help is putting it mildly. A 2008 Pew Research Center study found that Catholicism lost more adherents in the late 20th century than any other religion in the U.S. About a third of Americans raised Catholic reported that they had left the church.

The Universal Declaration of Human Rights and Islam!