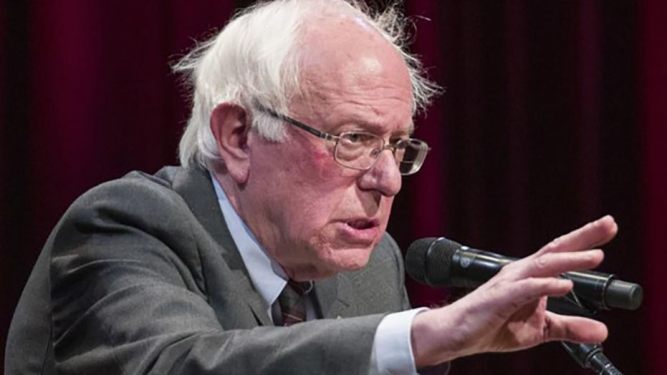 Senator Bernie Sanders; one of the Democratic candidates

Though most Democrats identify as some type of Christian, the narrative about religion and Christianity in the United States has long been dominated by a powerful, well-organized religious right. But in 2019, the religious left is making its own bid for power and relevance.

Sens. Cory Booker (D-N.J.), Elizabeth Warren (D-Mass), Kirsten Gillibrand (D-N.Y.) and other Democratic candidates, including Pete Buttigieg, have been talking about their faith on the campaign trail. Figures such as the Rev. William J. Barber II are preaching the social gospel and earning glossy magazine profiles. And the evangelical right still supports a president who lacks a basic comprehension of his professed faith, giving Christians on the left an opportunity to try to grab the moral high ground.

But in the background, a growing number of Democrats — and Republicans — have decided not to associate with a specific church or traditional faith. As of 2017, religiously unaffiliated voters made up a third of all Democrats and 13 percent of all Republicans. Last year, religious “nones” became as numerous as evangelical Christians in the broader population. Catholics, evangelicals and those with no religion each made up 23 percent of the overall U.S. adult population, according to the General Social Survey.

These voters are increasingly powerful and often misunderstood. They’re a mostly Democratic group, and they’re likely to stay that way for some time. But beneath the numbers, unaffiliated voters have real political and spiritual disagreements — and they’re leading both major parties (and our politics in general) into uncharted territory.

The basic numbers suggest that stereotypes about godless — or at least, not-church-synagogue-or-mosque-attending — liberals flocking to the Democratic Party are, on some level, accurate. The Pew Research Center found that in the 2016 election, 65 percent of religiously unaffiliated voters cast their ballots for Hillary Clinton and 24 percent voted for Donald Trump. That’s a significant margin: It’s in the neighborhood of the winning Democratic margin among Hispanic voters (66 to 28 percent) and the winning GOP margin among non-college-educated white voters (64 to 28 percent).

This solid Democratic margin isn’t surprising. The GOP is the party of white evangelicals: They make up a third of registered Republican voters and have used their votes and influence to put candidates such as George W. Bush and Mike Pence on national tickets. So many unaffiliated voters, some of whom weren’t raised with a religion or left some form organized religion, probably feel more at home in the Democratic Party, where no single religious tradition holds such sway.