Opposition candidate Ekrem Imamoglu has become even more confident in the weeks after the election. Now that protests have emerged over the election do-over, voters will double down on their support for him 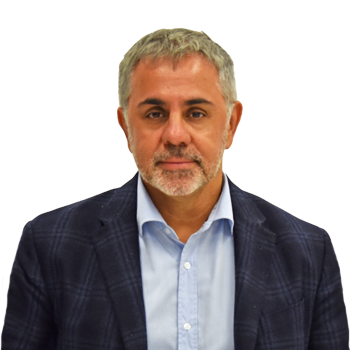 The clamour crescendoed into a roar that spread throughout the city, drawing in housewives and students, young and old, some of whom flooded into Istanbul’s streets in protest.

The narrow election victory of Imamoglu could have been a humdrum moment. Turkey’s president Recep Tayyip Erdogan could have flown into the city, congratulated him, shook Imamoglu hand, and reminded him of the enormous task ahead. After all, Erdogan also served as a mayor of Istanbul during a time of economic uncertainty and both men share roots in the same pious Black Sea region of Turkey’s Anatolian mainland.

Instead, egged on by supporters in social media and the pro-government press, Erdogan’s ruling Justice and Development Party (AKP) began immediately filing complaint after complaint, alleged vague, dark conspiracies about a vote the government itself oversaw. Pro-government commentators spoke of “terrorist” members of the outlawed Gulen movement manipulating the vote.

Through it all, Imamoglu has remained unflappable, urging supporters to stay patient with what has become his signature catch phrase: “Everything will be beautiful.” On Tuesday, it became the highest trending Twitter hashtag on the earth.

“Do not lose your smiling face, do not lose the hope in our hearts,” he said in a speech Monday night.

Thus, a simple election for mayor of Turkey’s largest city has become a political and social battle of gargantuan proportions. The next 50 days not only threaten to further the divide the country and generate social chaos at a time of economic crisis and austerity, but also pose an obstacle to Erdogan’s party itself, with some supporters acknowledging the transparently bad sportsmanship of the AKP and openly backing the opposition, and others criticising the decision of the High Election Commission (YSK) to cancel the vote on a technicality.

“For the first time and probably the last time in my life I will vote for the CHP’s candidate,” wrote Omer Turan, a pro-government journalist. “I will support Imamoglu this election.”