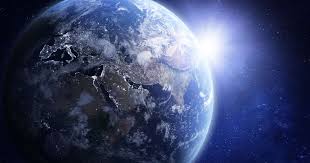 In 1995, a cosmic question was answered when a ground-based telescope picked up on a faint, wobbly signal coming from hundreds of light-years away. The telescope had detected the first exoplanet orbiting a sun-like star, a breakthrough discovery proving that, yes, there are planets beyond our solar system—and hinting at the potential for many more.

Astrophysicists have since confirmed nearly 4,000 exoplanets orbiting stars across the Milky Way galaxy. Like our sun, these stars are typically in the so-called main sequence phase of their lives, a period that lasts billions of years and during which the stars burn healthy, hot, and bright.

But now, a group of researchers has zeroed in on a planetary body closely orbiting a white dwarf—a burned-out star that is on death’s door. Described this week in the journal Science, the findings are among the first of their kind, and they offer a glimpse at what Earth’s fate could be when our sun begins to die.