You can give all your money away, but it won’t solve poverty

Globally, income inequality is rising. Poverty remains a very real and very visible, ill in most of the world. It is humbling, then, to hear of Peter Tabichi, a science teacher from rural Kenya, who has won the Varkey Foundation Global Teacher prize for donating 80% of his annual salary to charitable causes, primarily in supporting the poorest pupils at his school to buy necessities such as uniforms and books. 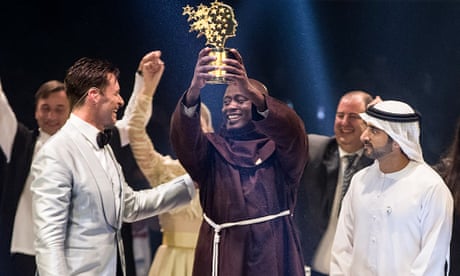 It’s undoubtedly a generous act, and almost certainly one born of noble ideals. Whether you’re religious or not, Tabichi is a good example of the ideology espoused by Franciscan orders. There is a strong tradition in Franciscan thought of social entrepreneurship, and of taking steps to alleviate poverty collectively. It’s a rare thing to see in practice, though, and there are many religious people, of all faiths, who don’t feel such an imperative to support philanthropic causes.

Growing up in the Shia Muslim tradition, as I did, charitable giving was strongly encouraged. It was generally held to be the case that the wealthy had a responsibility to those who are poor, and that they should give of their wealth freely. Islamic law requires the payment of zakat, a tax of 2.5%, to be given in charity annually. In Shia jurisprudence payment of khums, constituting 20% of your surplus income each year, is also emphasised. Aside from those taxes, informal giving throughout the year is also common, and I have often been astonished at the generosity with which people donate to all kinds of charitable causes.

But with this emphasis on charitable giving, and the onus on the rich to care for the poor, comes the ethical conundrum: is it permissible to be religious and also wealthy? There are undoubtedly those who believe that all surplus income should be given to those in greater need, but I suspect that they are outnumbered by those who are minded to hoard their wealth, and who believe that it is not their responsibility to try to cure all social ills.

It is no easy thing to give away all one’s income, however much guilt one may feel at being in the 1%. I write this having been out for dinner with friends, and then having walked past homeless people on the way home. Like most people in major cities, I walk past tens of homeless people each day. It is easy to become desensitised to poverty, but I am well aware of the guilt I feel every day for living a relatively middle-class life while so many people sleep on the streets. Yet I have not emptied my bank account, and although I do give to charity, I give far less than the 80% Tabichi donated.

I don’t think that enjoying a reasonable standard of living, or having surplus income, makes me a bad person. But I do grapple with the ethics of it, and with knowing what my responsibility is. I certainly don’t want to be extraordinarily wealthy, but I equally have no desire to be an ascetic. Trying to find the middle ground is difficult; the reality is that, even if I gave 80% of my income away, there would still be poor people in London. I don’t think that my guilt would be extinguished.

Perhaps it is easier to do without your income when you belong to a religious order. Giving up your life to serve God means you are, almost by definition, distancing yourself from material gain. But most of us don’t give up our lives to serve God. Most of us have responsibilities, whether those be our families, or mortgages, or simply a need for financial stability and security. In any case, many people don’t believe in God, and scripture means nothing to them. That does not mean, of course, that those people do not have an equal regard for human suffering, and an equal desire to try to alleviate it. Indeed, non-religious people can be far more willing to give to good causes then people of faith.

The Middle East is full of wealthy Muslims, but plenty of people live in appalling poverty all over the region. There is more than enough to go around, but it isn’t in the interests of those in power to share it out.