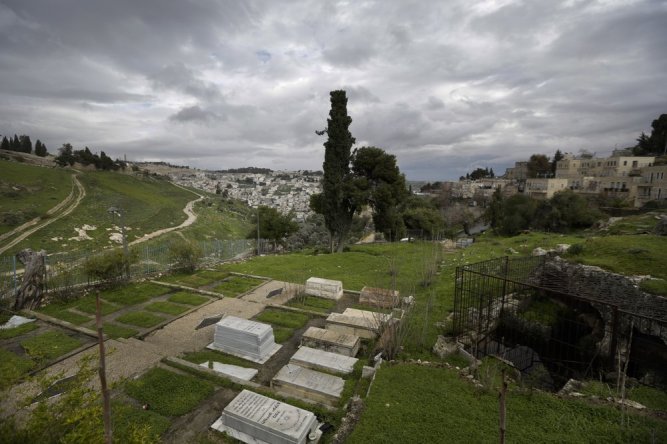 JERUSALEM (AP) — A tiny religious sect is emerging as a major impediment for a controversial plan to connect modern Jerusalem and its historic Old City with a cable car network.

Other objections — from Palestinian residents, environmentalists, urban planners and archaeologists — have so far been unable to halt the project. But the Karaite Jewish community’s concern that the cable car will desecrate its ancient cemetery may provide the biggest hurdle of all to government planners.

Israel’s Tourism Ministry, along with Jerusalem city officials, proposed the cable car as a solution for ferrying tourists over traffic-snarled city streets and steep hills to the iconic walled Old City. The route would start near the “First Station,” a renovated old railway station that’s now a popular pedestrian mall, and soar over the biblical Valley of Hinnom, to Mount Zion and the outskirts of the Old City, 2 kilometers (1 mile) away.