The Bai’tul Kareem Mosque is the only mosque for the Ahmadiyya Muslim Community in the region, and its members have found a warm welcome in Cambridge. 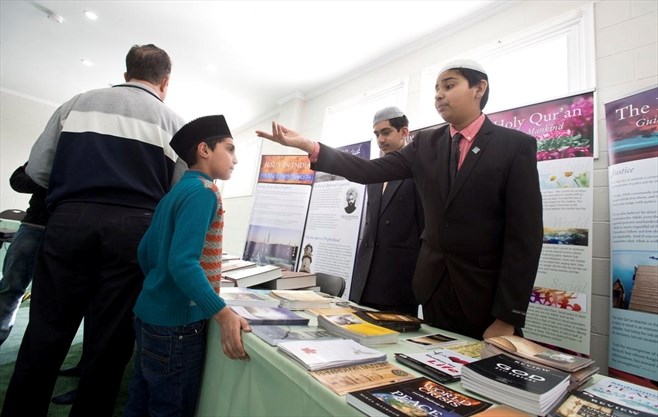 CAMBRIDGE — For more than a decade, the mosque has been a gathering place for the local Ahmadiyya Muslim Community.

But the old Galt building — acquired by the group in 2006 — was showing its age.

The roof leaked, and the basement flooded. Washrooms and windows were old and outdated. Little spiders and ants scurried by as members prayed.

“The kids would get scared,” said Mubarika Ahmed.

Extensive renovations have changed all of that, thanks to the generosity of Ahmadiyya Muslim Community members from across the country.

“Some kids donated their pocket money. Business people donated thousands,” said Nabeel A. Rana, secretary, external affairs for the local chapter. “It’s everybody’s mosque. We all take pride in that.”

On Saturday, the doors to the Bai’tul Kareem Mosque were opened to the community at large for an open house and grand reopening event.

About $150,000 was spent last year on renovations to the 2,600-square foot building on Elliot Street, which used to house a community centre and later, a church.

Extensive work included a new roof, windows and carpets, and an overhaul of the basement, washrooms, and kitchen. They’d still like to do more work on the exterior to make it look more like a mosque, Rana explained.

But the interior is now a welcoming space. “It creates a very good impression on people,” said Matiullah Mehmood, secretary, properties. “Before, everybody hesitated to come.”

The difference is “day and night,” said chapter president Nomaan Mubashir. And the improvements go beyond simple esthetics and comfort. “As Muslims, we believe that cleanliness is part of our faith,” he said. “It’s very important to us.”

There are a few hundred families in Waterloo Region belonging to the Ahmadiyya Muslim Community, Rana estimated.

The Bai’tul Kareem Mosque is their only mosque in the region, although Rana said the community would like to build or acquire properties for additional mosques in Kitchener, Waterloo and Guelph. The largest concentration of local community members lives in Kitchener.

“A mosque is a centre of activity in Islam,” Rana said. “It means a lot.”

Founded in India in 1889 and now headquartered in London, the Ahmadiyya Muslim Community is a movement that has come to be persecuted in some parts of the world for its beliefs.

Many Muslims don’t consider the Ahmadiyya movement’s followers to be true Muslims, as the movement’s founder claimed to be the Messiah. For most people in the Islamic faith, there is no other prophet after Prophet Muhammad.

Pakistan, for example, does not recognize Ahmadis as Muslims; many followers in Canada arrived here as refugees from Pakistan, Rana said.

They’ve found a tolerant, accepting home in Cambridge, he said. “The neighbourhood has been very welcoming and co-operative. We have no issues whatsoever.”

And they’ve done what they can to give back, participating in Adopt-a-Road programs or donating to the local food bank.

Their Cambridge mosque is a place for prayer, events, and children’s programs. The main prayer hall upstairs is primarily used by men, while the space downstairs is for women.

“It’s not suppression, it’s only segregation,” said Ahmed. Women have their own administration, noted Mansoora Ahmad. “We’re quite independent of the men. We don’t stay in their shadow.”

“More people are coming in, with more ideas. It’s nice to have more people engaged.” 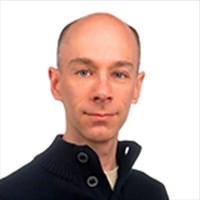